Picture this, if you will: Aphantasia can be detected with an eye-opening look into our pupils. 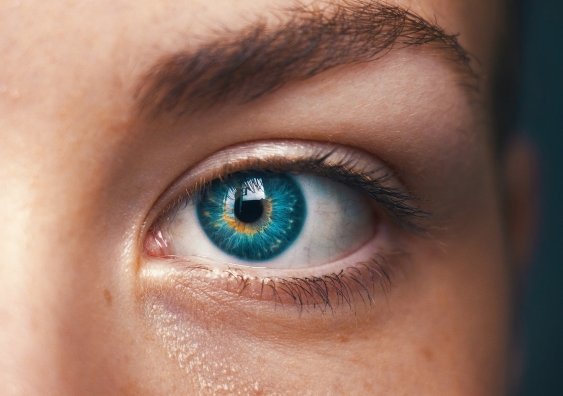 The pupillary reflex is an adaption that optimises the amount of light hitting the retina, changing, even, in response to imagined objects - not so for aphantasic individuals. Photo: Unsplash/Amanda Dalbjorn

Visual imagination – or rather, the lack of it – can be verified by measuring pupil dilation, thereby providing the first physiological evidence of aphantasia, new research shows.

The study, led by researchers from UNSW Sydney and published in eLife, found that the pupils of people with aphantasia did not respond when asked to imagine dark and light objects, while those without aphantasia did.

To first gauge the pupillary reflex of non-aphantasic people, the researchers sought 42 study participants, self-reported as having a visual imagination, and fitted them with glasses to track their eye movements and pupil sizes.

Next, to test visual imagery – the mind’s capacity to visualise objects – participants were asked to simply imagine those same light or dark shapes (with their eyes open, for their pupils to be tracked) and subsequently report the ‘vividness’ of that imagery.

The researchers found that even in response to imagined bright and dark shapes, the participants’ pupils still constricted and dilated appropriately, a pupillary response that was larger in those reporting greater imagery vividness.

“The pupillary reflex is an adaption that optimises the amount of light hitting the retina,” says Professor Joel Pearson, senior author of the paper. “And while it was already known that imagined objects can evoke so-called ‘endogenous’ changes in pupil size, we were surprised to see more dramatic changes in those reporting more vivid imagery. This really is the first biological, objective test for imagery vividness.”

Testing for a lack of imagination

Finally, with the link between visual imagery and pupillary response established, the researchers sought to test the effect in aphantasic individuals. The researchers repeated the study with 18 participants self-reporting aphantasia.

Exposing participants to bright and dark shapes, the researchers found that aphantasic individuals exhibited the same pupillary response as the general population: constriction to bright, dilation to dark.

However, during the study’s second component where participants were asked to visualise those same shapes, the pupillary response of aphantasic individuals did not significantly differ in response to imagined dark versus imagined bright objects.

“One of the problems with many existing methods to measure imagery is that they are subjective, that is to say they rely on people being able to accurately assess their own imagery. Our results show an exciting new objective method to measure visual imagery,” says Prof Pearson, “and the first physiological evidence of aphantasia. With over 1.3 million Australians thought to have aphantasia, and 400 million more internationally, we are now close to an objective physiological test, like a blood test, to see if someone truly has it.” 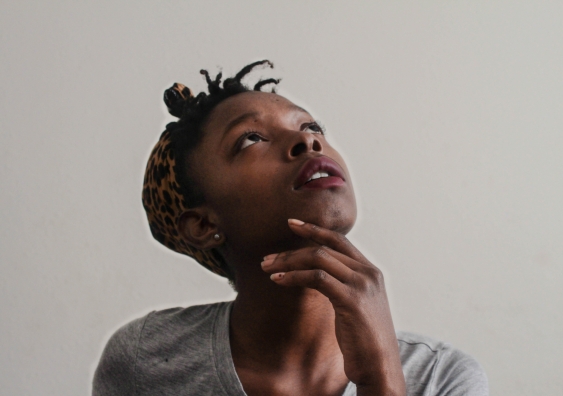 To ensure the aphantasic participants were really attempting imagery, the researchers included a further experimental condition, requesting aphantasic individuals to visualise four shapes, instead of one. Photo: Tachina Lee/Unsplash

While the pupils of those with aphantasia showed no difference when imagining light versus dark objects, they did show a difference imagining one versus four objects, suggesting more mental effort, thereby negating an explanation of non-participation by aphantasic individuals.

“Our pupils are known to get larger when we are doing a more difficult task,” says Lachlan Kay, PhD candidate in the Future Minds Lab, UNSW. “Imagining four objects simultaneously is more difficult than imagining just one. The pupils of those with aphantasia dilated when they imagined four shapes compared to one, but did not change based on whether the shapes were bright or dark. This indicated that the participants with aphantasia were indeed trying to imagine in this experiment, just not in a visual way.”

These findings are also really interesting in regard to memory and aphantasia, said Dr Rebecca Keogh, Postdoctoral research fellow based at Macquarie University and another author of the study. “Our previous work has shown that aphantasic individuals are able to perform visual working memory tasks, remembering many images for a short period of time, without using visual imagery.

“These findings further highlight the wide variability of the human mind that can often remain hidden until we ask someone about their internal experiences or invent new ways to measure the mind. It reminds us that just because I remember or visualise something one way, doesn’t mean everyone does.”

What’s next for aphantasia research? A look into the future…

Next, Prof Pearson and his team at the Future Minds Lab plan to investigate how this new method could be scaled up and run online to allow a global, efficient and objective measurement of imagery and aphantasia.

“This really is an exciting time. We are very close to having objective, reliable tests for extreme imagery, aphantasia and hyperphantasia (extremely strong visual imagery) that could be scaled up to run online for millions of people everywhere,” says Prof Pearson.

“We know that thinking in pictures or not affects the number of details in lifelong memories, how emotional we get when reading, and how we hold things in short term memory. This new method will allow us to understand the brain mechanisms of extreme imagery and the global implications for how we think, make decisions and feel.”

​To be involved in this type of research and learn more about aphantasia, hyperphantasia and the Future Minds Lab, visit https://www.futuremindslab.com/extremeimagery