A UNSW study of quad bike safety has found that one in two riders has crashed and about two-thirds of crashes involved rollovers, putting riders at risk of serious chest injury and asphyxiation. 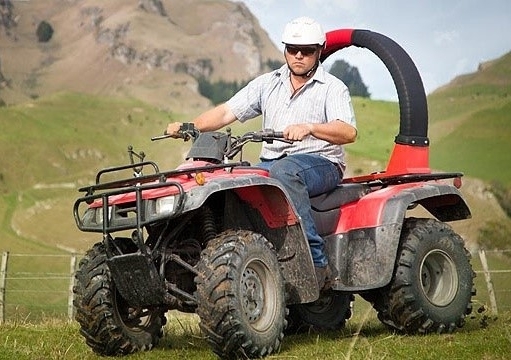 A ground-breaking UNSW study of quad bike safety on farms and other workplaces has found that one in two riders has crashed and about two-thirds of the crashes involved rollovers, putting riders at risk of serious chest injury and asphyxiation.

Riders aged 70 years or older had double the risk of injury compared with young adult riders, and mustering livestock on farms was identified as a particularly high-risk activity.

The Quad Bike Workplace Safety Survey, carried out by a team from the UNSW Transport and Road Safety Centre (TARS), also found that rollbar-type devices attached to the rear of a Quad bike appeared to help reduce serious chest injuries in rollovers and were not linked to any fatalities.

The research was undertaken in response to a recommendation by NSW Deputy State Coroner Sharon Freund in 2015 that a survey be carried out to assess the benefits, risks and general efficacy of these rollbar-type Operator Protective Devices (OPDs).

The outcomes of the new survey study confirm the UNSW researchers’ assessment in their previous study, reported in 2015, where they concluded that OPDs were likely to be beneficial and unlikely to be injurious, although the evidence at the time was unclear.

However, the researchers emphasise that OPDs do not reduce the incidents of rollover and that riders in the workplace should consider using the most suitable and safest vehicle for the task or circumstances.

A case study was also carried out on a Quad bike tour company that services about 25,000 patrons annually with a fleet of 100 Quad bikes. 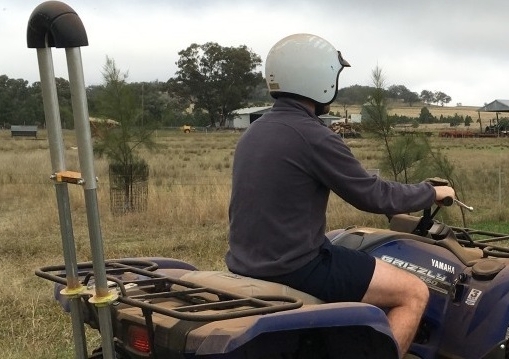 “Our study is the largest carried out to date on workplace experiences of Quad bike riders with regard to their use of OPDs and Quad bike specific helmets in Australia, and also includes results from New Zealand,” said team leader UNSW Professor Raphael Grzebieta and team member Adjunct Associate Professor George Rechnitzer.

“It is also the first to systematically evaluate the effectiveness of OPDs in the field and to assess whether their use has resulted in serious chest injury or asphyxiation to riders.”

A previous study by the UNSW team of Quad bike crashes in the workplace resulting in fatalities found that two out of every three deaths resulted from a rollover, with half of these riders suffering asphyxiation from the vehicle resting on top of them.

The new survey finding that 67 percent of reported crashes involved a rollover is consistent with these previous findings.

“This strong evidence confirms that Quad bikes have a very small margin of tolerance for rider error,” said Professor Grzebieta.

“This is because the narrow track width of Quad bikes results in a high propensity to roll over, and they are driven on irregular, often very bumpy, terrain conditions such as farms.

“This must be addressed by the manufacturers if we are to make these vehicles safer in these workplaces.”

Five riders in the survey attributed an injury they received to an OPD. However, an analysis of all of the in-field data showed there were no cases of serious chest or head injury involving either a Quadbar or Lifeguard OPD in a rollover crash.

“Significantly, there have not been any fatalities identified in this study or elsewhere where these OPDs caused a fatal injury,” Professor Grzebieta said.

On the other hand, 55 people were hospitalised, with 24 receiving serious chest injuries, in the rollover crashes where the Quad bike had no OPD fitted.

As expected from research on the benefits of helmet use in other transport domains, the study found that Quad bike specific helmets appeared to reduce the incidence of head injuries.

Despite the survey providing a considerable amount of new information, the researchers concluded that, from a statistical viewpoint, more in-field data is still needed.

“The relatively low numbers of injuries reported in our survey for Quad bikes fitted with OPDs and for riders with helmets is a good thing and may be an indicator that OPDs and helmets respectively are reducing serious chest and head injuries,” said Professor Grzebieta.

“But we would like to see a further reduction in Quad bike related injuries, and preferably their elimination altogether.”

This project was funded by SafeWork NSW.