Beef produced in feedlots has a smaller carbon footprint than meat raised exclusively on pastures, according to the surprise results of a new study. 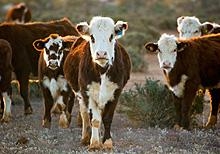 Beef produced in feedlots has a smaller carbon footprint than meat raised exclusively on pastures, according to the surprise results of a UNSW study of the environmental impacts of red meat production.

The study, published in the journal Environmental Science and Technology, also found that the greenhouse gas impact of Australian beef and sheep meat production is equal to or lower than that of many countries.

The study, commissioned by Meat and Livestock Australia, looked at three operations: a beef producer in NSW, a sheepmeat producer in WA and a Victorian organic beef producer. It found sheepmeat had a carbon footprint ranging from 7kg to 8kg CO2e per kg/HSCW.

Feedlot beef production, in which cattle are "finished" by being fed a diet of grain for the few months preceding slaughter, is often criticised for the resources and energy it consumes. However, study co-author Matthias Schulz said the feedlot had been found to produce meat more efficiently, effectively offsetting the greenhouse impact of the additional transport and feed production needed.

"The other main reason for the better greenhouse performance of grain-fed beef is the superior digestibility of the feed and the associated reduction in methane emissions, and these digestion-related methane emissions are the main source of greenhouse gas from the livestock industry."

The study also compared data from Australian beef and sheep meat operations to studies conducted in Europe, the UK, the US, Africa and Japan, and found Australian operations compared favourably.