Plunge in CO2 put the freeze on Antarctica

A study shows carbon dioxide levels plunged by 40% before and during the formation of the Antarctic ice sheet, confirming the power of the gas to dramatically alter global climate. 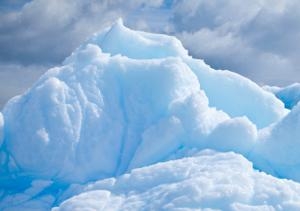 Atmospheric carbon dioxide levels plunged by 40 percent before and during the formation of the Antarctic ice sheet 34 million years ago, according to a new study. The finding helps solve a long-standing scientific puzzle and confirms the power of C02 to dramatically alter global climate.

Previous studies had suggested that atmospheric C02 over the Southern Ocean was climbing during the Eocene to Oligocene climate transition, when ice first formed over Antarctica.  This presented a conundrum, suggesting the climate was warming at the same time as Antarctica was freezing.

But when the vastly different ancient Southern Ocean currents and temperatures of that period were factored in, it quickly became apparent that Antarctica’s big freeze followed a fall in C02 levels.

The paper, “The Role of Carbon Dioxide During the Onset of Antarctic Glaciation”, reinforces carbon dioxide’s place as a primary driver for global temperatures.  It was lead authored by Mark Pagani, of Yale University, and co-authored by UNSW Climate Change Research Centre researcher Dr Willem Sijp.

“Our research recognised that the flows of deep ocean currents at the end of the Eocene were dramatically different from those of today because of the altered position and shape of continental masses,” said Dr Sijp.

“Previous research relied on different temperature estimates and had also not taken these different currents into account. This led to significant upward biases in calculated C02 which made it appear that carbon dioxide was actually increasing around the Southern Ocean as the Antarctic ice sheet formed.  We can now see the reverse was true.

“We found a 40 percent C02 decrease over a three million year period, in agreement with global cooling during that time.

“This decline was a critical condition for global cooling and the emergence of the Antarctic ice sheet. In short, the apparent increase of C02 during Antarctic glaciation is refuted.”

The nature of  ocean currents is vital in calculating atmospheric C02, because the estimates of atmospheric carbon dioxide are derived from measurements of molecules from algae deposited on the ocean floor at six ocean sites millions of years ago.

The fundamentally different circulation of the Southern Ocean during the Eocene directly affected the algae by changing the temperatures of these ocean currents and significantly lowering the nutrient load. This had a direct impact on the inferred C02.