Opinion Qubits and pieces: in pursuit of quantum computing

Progress in the research to build the components of quantum computers allows us to teach the discipline in a more hands-on style. This couldn't have been done 15 years ago, writes Andrea Morello. 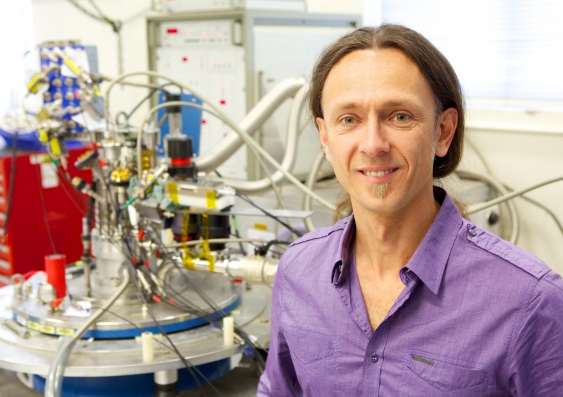 OPINION: I come from a working class, small town family, from a little village in the north of Italy and I didn’t really have the chance to be a nerdy kid. The best I had available were some little LEGO toys.

My parents just wanted me to do some kind of technical education and get a job. If I would have said I wanted to study philosophy at the university there is no way they would have let me get away with that, even if that was my life’s passion.

In a sense it was the socioeconomic conditions I grew up with that gave me the nudge into my chosen field. I always had an interest in science and rationality, but – put it this way – it’s not like I had many other options.

But once I went to university, I became aware how much there is to discover in the fundamental sciences, and I have made it my life mission and passion.

What I have been doing in the last few years is to develop and demonstrate new ways to control the quantum behaviour of physical systems at the nanometre scale. The motivation for getting this prize is that my research program has been the first in the world to demonstrate that it is possible to elaborate quantum information on a single atom placed inside a silicon chip.

This was a science fiction kind of idea about 15 years ago, when it was proposed for the first time – at UNSW in fact – by an American researcher called Bruce Kane.

When the paper came out, everybody recognised what a fantastic idea it was, but the problem remained: who was going to make it into reality? From an engineering perspective it was really challenging. But the point Kane made was that the “classical” computer industry was going to push towards devices of similar size to what he had in mind anyway, in order to continue its business model based upon Moore’s law.

And now, some 15 years later, if you buy yourself a new computer from the shop, the transistors that are in there are 22nm long, which is the size of the device Kane in mind for a silicon-based quantum computer.

So there were two visionary things in Kane’s paper. One was the idea of using silicon, and single atoms in silicon, as the carrier of quantum information. The other was to essentially bet on the development of the nanoelectronics industry, to eventually get researchers to the point where those devices could be easily fabricated.

We now make silicon nanochips that are, in a sense, a simplified version of the devices that make up electronics such as your mobile phone and your computer. But we manage to make these devices behave quantum mechanically, by cooling them down to extremely low temperatures and irradiating them with ultra-high-frequency signals.

Instead of behaving like a classical switch that is either ON or OFF, we need to convince our quantum bits, or qubits, to be a like quantum switch that is ON and OFF at the same time.

What we’ve done so far is encode quantum information on an electron and, more recently, the nucleus of a silicon atom. The nucleus is quite exceptional because it can preserve its quantum state for an exceptionally long time - over an hour in ultra-pure silicon crystals. It’s exquisite.

If you take your calculator in your mobile phone and ask it to calculate 3 x 5, what actually goes on is a series of logic operations between some transistors inside your phone. But what is special about quantum computers is that if you perform quantum logic operations on a pair of quantum bits, you can end up producing a “code” that has no classical analog - you could never write that code on a normal computer.

The existence of those special “quantum codes” (also known as entangled states) is part of the reason why quantum computers can process so much more information that classical ones.

The final component to complete the quantum computer architecture is to transport this quantum information and connect qubits that are in physically different places. That’s a whole challenge of its own.

The kind of research that I do also ties in very much with some teaching I have developed over the years. I’ve created from scratch a course called “Quantum Devices” which is essentially a course of quantum mechanics for electrical engineers.

As mentioned before, the transistors you find in a brand-new computer are 22nm in size, which means they are about 50 atoms long. They are really small - smaller than a HIV virus - and that is the level at which quantum effects really start to matter.

Much of the art of making such small transistors work is in trying to keep the natural rules of the game at that scale, which are the quantum rules, out of the game. I firmly believe that nowadays a knowledge of quantum physics is becoming more important as an essential part of the curriculum of engineers.

When I was a student 15 years ago, my quantum mechanics lecturers gave me all the mathematics and did their best to explain where it comes from, but they did not have many opportunities to give me simple examples of where it applies.

Now, with progress done in the research to build the components of quantum computer, I can teach the discipline in a much more hands-on style. I can tell my students about nanoelectronic devices - fabricated by other students, on our own campus! - that behave like simple quantum systems, and are relatively easy to understand by someone with an engineering background.

This could not be have done 15 years ago, and it has an immense pedagogical value.

Andrea Morello is an Associate Professor in the School of Electrical Engineering and Telecommunications and winner of the Malcolm McIntosh Prize for Physical Scientist of the Year.
This opinion piece was first published in The Conversation.
Twitter Facebook LinkedIn