UNSW space researchers will be able to improve technology that mitigates satellite navigation interference and make satellites cheaper, thanks to almost $600,000 in new federal funding. 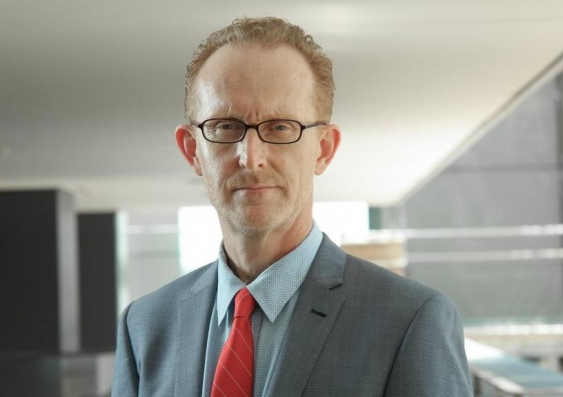 UNSW space researchers will be able to improve technology that mitigates satellite navigation interference and make satellites cheaper, thanks to almost $600,000 in new federal funding.
The funding was awarded to two teams led by Australian Centre for Space Engineering Research (ACSER) Director Professor Andrew Dempster as part of the Australian Research Council Linkage Project scheme.
“What these projects have in common is protection of critical infrastructure,” Dempster says.
“One protects important places like airports from jammers that may affect aircraft landings, for instance, and the other can protect satellites, particularly those of low cost, from the effects of the harsh radiation environment of space.”
Each project is a collaboration between university researchers and an industry partner, and builds on an existing body of work.
The first project aims to create a system that can pinpoint attempts to jam or fake GPS signals, before either has serious consequences.
GPS is increasingly important at airports, ports, railways, mines and other critical infrastructure operators. For example, it underpins the movement of driverless truck fleets in open-cut mines.
“Any outage to GPS will seriously affect a wide range of civil and commercial services, including land, air and sea travel, maritime navigation, emergency services, electric power generation, telecommunications, information technology, networks and machine automation applications,” the researchers say in their successful funding proposal.
Relatively weak radiofrequency interference can jam GPS signals and receivers. In addition, it is possible to fake GPS signals in a process known as spoofing, presenting serious reliability and security risks.
Researchers from ACSER and the University of Adelaide have worked with GPSat Systems Australia over the past eight years to change that.
They plan to use the latest round of funding to enhance an existing prototype, making it capable of detecting even weak interference before it can wreak havoc on GPS. They will also develop algorithms that can locate jamming or spoofing equipment to within five metres.
“Protection of critical infrastructure is worth millions of dollars in avoided down-time, and the social and cultural benefits that go along with operating that infrastructure,” Professor Dempster says.
The second project builds on work by UNSW and New Zealand’s General Dynamics Corporation that has been underway since 2004.
It aims to establish how space-based electronics can be reconfigured while in orbit to combat the effects of radiation. Errors may impact data transmission to and from the satellite.
The results of the research will be trialled on a small Australian “QB50” nano-satellite that is currently being developed by ACSER in its laboratories. The satellite is due for launch during the funded project.
The researchers hope they will be able to use commercial off-the-shelf (COTS) electronics. Until recently, more expensive radiation-hardened components have been used.
“The expected outcomes could potentially be applied to allow space-based digital systems to be designed and implemented more cheaply,” Professor Dempster adds.
Read more on this story in The Australian.
Media contact: Ry Crozier, UNSW Media Office, 02 9385 5133, 0425 245 887
Twitter Facebook LinkedIn

A satellite to save Australia? We should have one of those

Opinion: Our future in space