UNSW experts are at the centre of a debate about whether the controversial practice of geo-engineering has a place in the fight against global warming. 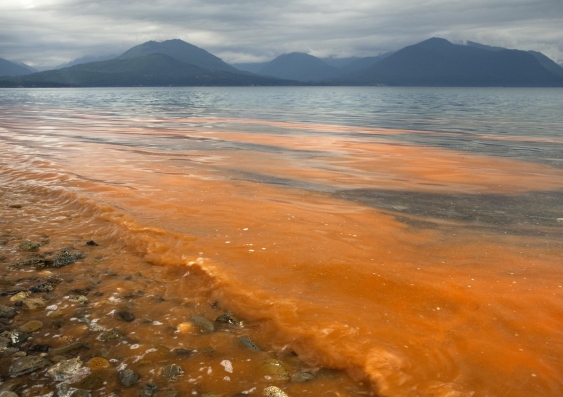 In a June 2013 entry on his personal website, American entrepreneur Russ George heralded the return of a rare North Pacific right whale to Canadian waters as a “stunning affirmation of the utility of ocean pasture restoration”.

The so-called restoration was set in motion by a 10,000-square-kilometre plankton bloom he helped orchestrate a year earlier when he dumped 100 tonnes of iron sulphate into the Pacific Ocean, near a chain of islands off the coast of northern British Columbia.

The bloom of microscopic life was meant to generate a positive ripple effect across the ecosystem’s food chain and rejuvenate the dwindling salmon stocks that hold economic and spiritual value to the islands’ Haida First Nations people. An added benefit: it has been suggested plankton blooms can absorb and trap carbon dioxide from the atmosphere.

Many have come to associate George’s actions with geo-engineering – a relatively new term encapsulating a controversial research discipline aimed at moderating global warming through deliberate and large-scale intervention in our planet’s climate systems. However, there are concerns about the scientific merit and long-term environmental impacts.

“What he is doing is unproven and potentially environmentally harmful,” says Professor Rosemary Rayfuse, an international law of the sea and environmental law expert at UNSW. “According to scientists it is impossible to control whether the algae blooms are safe, whether they result in the depletion of other nutrients, and whether there is any significant or longterm carbon dioxide sequestration.”

UNSW’s Richard Corkish, Head of the School of Photovoltaic and Renewable Energy Engineering agrees, saying there’s “probably” no way to determine the efficacy of geo-engineering “without dangerous experiments”.

“My main concerns are the risk of disastrous consequences, the risk of diversion of research and implementation resources away from feasible responses to reducing greenhouse gas generation, and the risk of offering society a magic bullet quick fix.”