Opinion Why the Scramjet was not a failure

Earlier this year, Queensland scientists launched a $14 million scramjet in Norway that didn't reach the conditions required to collect data as planned. But was it a failure? Absolutely not, argues Russell Boyce. 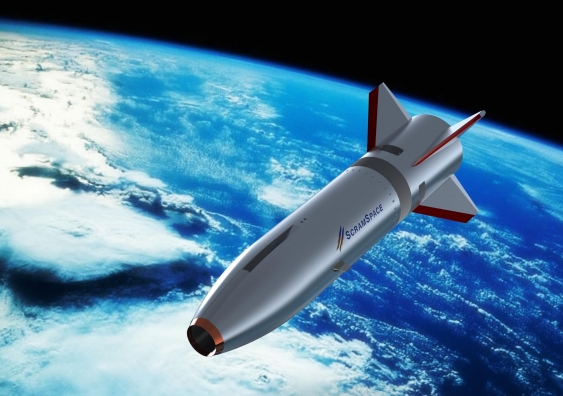 OPINION: On September 18 this year, far above the Arctic Circle at Norway's Andoya Rocket Range, the SCRAMSPACE hypersonic scramjet flight experiment was about to launch. Three and a half years of intense effort by a small team of young scientists and engineers – including myself – had gone into this moment. Millions of dollars of investment were at stake. The international aerospace community and the broader public were watching in anticipation.

I had seen three of this type of rocket launch during the HyShot program at Woomera. So when I raced out of the building and looked skyward to see a corkscrew smoke trail from the lower stage rocket motor, I knew instantly the experiment was over before it had begun.

Disappointment and dismay, for myself and many of the team and others around me, quickly turned to disbelief. What had been one chaotic smoke trail turned into two – the upper stage motor was now firing at the same time.

One insane minute later, the 150kg scramjet payload dived at 700km per hour into the water a few kilometres from the launch range.

But was it a failure? Absolutely not. Despite the loss of precious scientific data, the project and flight experiment had been an amazing success.

The SCRAMSPACE program was funded by the Australian Space Research Program to build a human talent pool – the capability and capacity to support an awakening Australian space sector. In 2010, the core SCRAMSPACE flight team began to assemble at UQ to work on the experiment's design.

By late 2012, a rather weary but nevertheless committed, enthusiastic and increasingly skilled team set out to turn a detailed design into the most sophisticated hypersonics flight experiment Australia has ever flown.

Scramjets are jet engines that will one day power aircraft that cruise at ultra-high speed in the atmosphere or even form part of space launch systems. Australia is a world leader in the research.

The SCRAMSPACE flight was intended to use rockets to take a generic scramjet experiment to the right speed and altitude (Mach 8 at 27km) to obtain a few seconds of concentrated data on the fundamental science - the flow physics and the way it affects combustion of the hydrogen fuel - that underpins such technology.

The data in turn would have been used to improve our understanding of the science and to test and validate our ability to simulate such engines in our shock tunnels and on our supercomputers.

By mid 2013, the scramjet payload was assembled and we started the exhaustive series of pre-flight tests to make sure the experiment was functioning properly and ready to fly. These included thermal cycling, vibration in all axes, bend testing, spin balancing and pneumatic system calibration.

In parallel, the flight code had to be programmed. Some 13,000 lines of C and C++ were added to existing code supplied by partner Defence Science and Technology Organisation so that flight computers could control the on-board systems, and acquire, package and deliver data to the ground.

The most complex part of this was the use of our Reaction Control System thrusters to control roll, pitch and yaw, re-orient the payload prior to re-entry, and stabilise it during the early re-entry stage. Scheduling the pulsed fuel system to maintain a fixed fuel-air ratio was also a key aspect of the code.

Despite the inevitable teething problems and bugs along the way, the hardware and software for a free-flying scramjet science experiment was ready for flight.

If it looks like a failure, it isn't necessarily a failure

By the end of August 2013, a shipment of payload and support equipment was winging its way to Norway.

On Wednesday September 18, SCRAMSPACE took to the air. A team of 26 scientists, engineers and support personnel from six of SCRAMSPACE’s 13 partners, including the core flight team from UQ, were there with the Norwegian range staff to make it happen. Online, staff and students from the SCRAMSPACE consortium, the international hypersonics community, the media and more than 1000 Facebook followers were waiting in anticipation.

They didn't have long to wait.

Did we fail? Again, absolutely not.

Our experience was an unforgettable example of the reality that if something is hard to do, when you are pushing the boundaries in pursuit of new knowledge and innovation, then there is a real risk of something going dramatically wrong. This is when the lessons learnt and experience gained are the most valuable.

We did miss out on a few seconds of scramjet flight data. But, despite withstanding incredible aerodynamic forces, the scramjet functioned perfectly all the way from launch to splash down. It was a tribute to the quality of the payload that the team had designed and built.

The engineering was a success, and the research that surrounded it brought and continues to bring advances and new insight into hypersonics science and technology.

But above all, the talent pool that assembled and grew in skills and know-how, and the international credibility and partnerships and friendships that have resulted from that, have been a huge success.

It's all over, but something else will start

So where to from here? SCRAMSPACE has been but one chapter in the proud history of University of Queensland and Australian hypersonics research.

There is no ongoing funding for the SCRAMSPACE capability. The SCRAMSPACE flight team, myself included, are already beginning to disperse to other opportunities that have arisen from the project.

But hypersonics research in Australia remains strong and can continue to hold its place as a world leader. This is at least in part enabled by the platform of knowledge and innovation provided by the SCRAMSPACE project.

Russell Boyce currently works as the chair for hypersonics (and director of SCRAMSPACE) at the University of Queensland; in January he will take up the role of chair for Space Engineering at UNSW Canberra.

This article was originally published at The Conversation.

A version of this article was also published by Aerospace Testing International.