Opinion Are you a mutant? Genes matter, but there’s more to life...

Genes aren’t the be-all-and-end-all – there are other factors that influence you, writes Merlin Crossley. 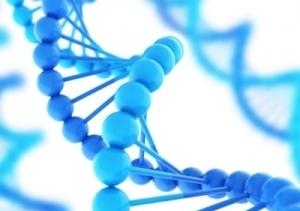 OPINION: Are you a mutant? Am I? The advent of personal genomics makes this question less like a Marvel Comics story idea than it did in the past. But, as Spiderman’s uncle Ben might have put it: with great power comes great responsibility.

A hundred years ago, the son of Tsar Nicholas of Russia, Alexis, suffered from haemophilia (a hereditary disease that affects blood clotting).

At the time, virtually nothing was understood about the condition. The monk and mystic Grigori Rasputin treated Alexis, thereby endearing himself to the ruling family – with spectacular consequences.

(It has been suggested the Romanov’s association with Rasputin discredited the family and contributed to the revolution of 1917.)

We don’t know how Rasputin set out to cure haemophilia. Some propose that he may have ordered the removal of a newly available treatment – aspirin – so he could use “magic” instead. Since aspirin thins the blood, and would make bleeding worse, discontinuing its use may have actually helped.

We now know a lot about haemophilia. The precise mutation that Alexis carried is known, and was identified by sequencing the DNA from his relatives. He had what is called a “splice-site” mutation in the gene encoding Clotting Factor 9.

The mutation resulted in an altered messenger RNA that would produce a truncated clotting-factor protein that would not have worked to help his blood clot.

One thing we don’t know, and in most cases will never know, is how genetic mutations, even those that are fully characterised, will affect any individual’s life.

The royal descendants who inherited the haemophilia mutation from Queen Victoria all had the same mutation but their lives were very different:

Alexis died at the age of 13; Prince Friedrich of Hesse at three; Queen Victoria’s son Prince Leopold at 32; Prince Rupert of Teck at 20; while Prince Waldemar of Prussia lived into his fifties.

Of course, this is mostly due to chance and environmental circumstance unrelated to haemophilia: Alexis was executed at the beginning of the Russian Revolution; Prince Friedrich fell out of a window; Prince Leopold tripped, injured himself and later died; Prince Waldemar and Prince Rupert both died after car accidents.

If one looks at what they did during their lives there is also major variation: Alexis seems to have suffered great pain; Prince Leopold went to Oxford University, where he knew Alice Liddell (the inspiration for Alice in Wonderland) and had a number of romantic interests. He went on to marry, have children, travel, and have an active life. His health status was an issue but did not ruin his life.

We are all dealt many genes

Genetics, while it can provide useful information, is not absolute. Every male descendant of Queen Victoria that inherited her mutation did have haemophilia, but its impact on their lives depended on the environment and on other things too.

Those “other things” may have been the variety of other genes inherited from their fathers and their mothers – the make-up of which rendered each of the children unique.

I once knew a haemophiliac who had no detectable clotting factor. In genetic and molecular terms his case was severe, but clinically his condition was mild. No-one knows why.

There are many genes involved in blood clotting and one might hypothesise that my friend had some very strongly expressed alternative clotting genes.

We probably don’t know all the genes that influence clotting, so even if we had my friend’s full genomic sequence I doubt we would be able to predict the severity of his condition.

In addition, there is the new field of epigenetics, which concerns non-permanent modifications to genes, affecting how strongly they are expressed.

These modifications vary in different parts of the body; they also vary over time and between people – so one cannot predict the output of a gene simply from its sequence.

So at least three things make it difficult to predict the consequences of having a mutation:

Knowing you are at an elevated risk of developing heart disease is helpful if you then increase your exercise and think about your diet. But it may be harmful if you are discriminated against on the basis that you have had a genetic test and have been found to be less than perfect.

The 1997 science-fiction film Gattaca nicely illustrated that, even if a million people in America had a mutation that meant 5% of them would die of heart disease, 950,000 would be expected to live out their lives without encountering this problem.

It would be appalling if those 950,000 suffered discrimination.

Given the great number of rare genetic diseases, the probability each of us carries a mutation is reasonably high. It’s inevitable anyone whose genome is sequenced will find they are at increased risk for something.

And as the field of personal genomics develops, the list of potential risks will increase further. In some cases it will be very useful to know – if there are specific early treatments or risk minimisation strategies.

In other cases there will be no treatment and people will worry about something that can’t be fixed. Beyond this, genetic discrimination might emerge as the main issue.

My haemophiliac friend had relatively few health issues – because haemophilia can now be very effectively treated with replacement therapy using recombinant clotting factors – but he did have difficulty obtaining personal insurance.

I have been very pleased to read articles on The Conversation by Wendy Bonython and Bruce Baer Arnold drawing attention to the importance of clear legislation to protect people’s genetic privacy.

My view is that Australia has a good record in terms of medical and privacy legislation and it is important that issues related to genetic privacy continue to be taken seriously .

Genetics, ethics and impact on society

In the past 30 years there have been frequent media stories about “designer babies”, “human cloning”, “transgenic plants” and “genetically-modified viruses being used as weapons”.

These are serious matters but we have strong guidelines in place and there is relatively little evidence any of these things is out of control and having a serious measurable negative impact on society.

To my mind, advances in genome sequencing are quite different. If sequencing becomes really cheap – and it appears that it will – genetic privacy is something that may affect everyone.

It is worth recalling the American biologist James Watson – whose genome was one of the first to be sequenced – requested that information on a gene that could help predict Alzheimer risk not be released.

But it has recently been shown that the information could be deduced by considering nearby genes. This suggests, in case there was any doubt, that genome information is very powerful and it is no simple matter to selectively withhold sensitive information.

Modern genetics has made great progress. In the case of haemophilia we have come from having no treatments to very effective treatments – relying on recombinant factors made possible by the cloning of the Clotting Factor 9 gene.

But it is important to recognise that, just as the new wonder drug aspirin probably harmed Alexis more that it helped him, other new technologies also involve a balance of risks and opportunities.

It takes time to assess these risks and one should exercise caution.