Are you a racist? You might want to change your avatar

Technology that allows people to don the skin of a dark-skinned avatar could significantly decrease an individual's racial biases, writes Michael Kasumovic. 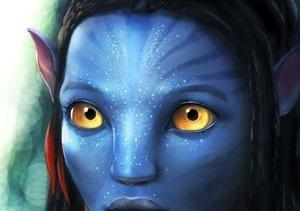 An image from the science fiction movie Avatar

OPINION: Is racism a matter of perspective gone wrong? And, if so, how can we fix it?

A new study in Consciousness and Cognition demonstrates technology may be able to offer part of the solution: donning the skin of a dark-skinned avatar significantly decreased an individual’s racial biases.

The evolution of bigotry

Given our hunter-gatherer ancestors were likely to encounter threats from other groups, it’s is easy to see why a simple rule that reinforces xenophobia – avoid and ostracise individuals you don’t know and cooperate with individuals you know and trust – could result in increased survival and fitness.

But this potentially adaptive benefit doesn’t exist today, at least for the majority of the world’s civilisations. Yet we continue to categorise one another on simple visual cues of ethnicity, race, gender or socioeconomic status.

There is also evidence such social biases extend to the virtual world as individuals are less likely to help black avatars, regardless of their own skin colour; even more disturbingly, they’re also more likely to kill them in a first-person shooter videogame.

It would seem we’re most likely to use easily identifiable traits such as skin colour to make snap decisions about others. But a 2001 study that forced subjects to categorise individuals based on interactions and coalitions, rather than cues of race, seemed to suggest racism is a learned behaviour and not implicit.

But if the key to changing how individuals categorise one another is changing their perspectives, how can we even begin to do this on a large scale?

While mass publicity campaigns have their place, true changes require that our perspectives are altered from within – and current technology makes this more possible than ever.

From the first introduction of the holodeck in Star Trek (or Dreamatorium, if you’re a fan of the more recent TV show Community), nerds have been salivating in eager anticipation of an interactive virtual world.

With today’s improved graphics, motion-capture technology and less obtrusive means of presenting this virtual world in a goggle-like screen (check out the oculus rift), altering how people view themselves and the wider world is relatively simple.

For their Consciousness and Cognition paper, Tabitha Peck and colleagues from Universitat de Barcelona created an experiment that allowed them to manipulate how individuals saw themselves, and examined whether this altered their implicit racial bias.

They asked 60 light-skinned female subjects to perform an association test to measure their racial bias, asking them to quickly categorise black or white faces with positive or negative words. In this type of test, the speed at which one creates different categorisations allows researchers to measure implicit level of bias.

Three days later, Peck and colleagues had their subjects wear a motion-capture suit and headset (shown in the bottom pane of the picture, left) that allowed them to view a virtual world that consisted of a long hallway and a mirror.

When looking at themselves or the mirror, the study’s participants would see the avatar they embodied; and these avatars were light-skinned, dark-skinned, alien (purple) skinned, or an embodied light-skinned avatar with a dark-skinned mirror reflection.

They were then given the opportunity to explore their own virtual bodies by moving their head to look at their arms and legs, and also using their reflection in a mirror. After five minutes, the subjects had 12 virtual characters (six each of light- and dark-skinned avatars) walk past them for six-and-a-half minutes.

Following this procedure, the subjects were asked to complete the same implicit association test and a questionnaire that examined how they felt about their virtual bodies and how nervous they felt about the other characters walking towards them.

As you probably guessed (or hoped), individuals who used a dark-skinned avatar showed a significantly decreased racial bias. Less than 12 minutes of perceiving themselves in a different body had affected how they viewed others – at least temporarily.

There was also a significant effect of nervousness: participants who were more nervous about the virtual characters walking towards them saw an even greater decrease in their racial bias. Interestingly, this association was missing in the light-skinned treatment.

Gaming towards the end of racism

The power of empathy to reduce racist and sexist sentiments is already acknowledged.

But providing people with the opportunity to experience unique situations and perspectives that allow for greater empathy is more difficult.

Studies have demonstrated that characters in videogames are largely white males; and the effect of this lack of diversity in games and gaming culture is currently a hotly debated topic.

Studies such as the one published in Consciousness and Cognition lend weight to the argument for greater diversity within gaming culture because they demonstrate what a different perspective can achieve.

It’s amazing that something as simple as donning virtual goggles can let one see the real world in a new light.

Dr Michael Kasumovic is a Lecturer in the School of Biological, Earth and Environmental Sciences, UNSW.