Opinion Australia’s coal and gas exports are being left stranded 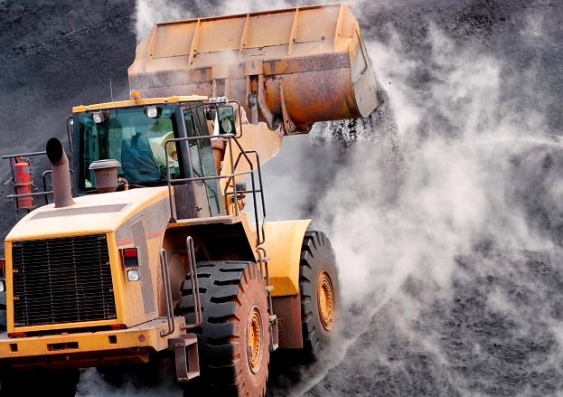 OPINION: In the last week the US and China announced goals to reduce emissions by 26-28% and cap emissions by 2030 respectively. India also signalled its aim to end coal imports within 2-3 years.

These are telling signs of a move away from fossil fuels by some of the world’s biggest emitters of greenhouse gases, including countries that are key importers of Australia’s coal and gas.

The latest report from the UN Environment Programme (UNEP), released this week, called for an end to carbon pollution by 2070, followed by action to reduce greenhouse gas emissions already in the atmosphere (what we call “beyond zero”).

But government forecasts produced by the Bureau of Resources and Energy Economics (BREE) predict continuing expansion of fossil fuel exports at least until 2050.

A new research report released by Beyond Zero Emissions today shows how far off these projections are, and the potential impacts to expect when the world implements policies to limit global warming to 2C.

BREEs Australian 2014 energy projections to 2049-50 indicate continued expansion of fossil fuel exports long into the future. In fact, the new projection indicates more coal production through to 2050 than the previous issue which supported the 2012 Energy White Paper.

This projection translates to Australia’s total energy production increasing from around 4% of global emissions today to 16% of the global budget in 2050 recommended by the Intergovernmental Panel on Climate Change (IPCC) — and rising sharply (see the figure below). It is not credible to expect Australia’s fossil resources to gain such international prominence when all producing countries will be under pressure from reducing demand. The proportions of domestic and exported emissions are irrelevant: all consumers will be shifting away from fossil fuels and this will impact on Australian producers and the wider economy.

Each year the International Energy Agency (IEA) releases projections of global energy demand in its World Energy Outlook. This outlook provides energy trends for the next couple of decades according to national energy policies recently announced (new policies scenario), as well as energy trends in-line with global efforts to limit CO2 emissions to 450 parts per million (450 scenario), the concentration estimated by the IPCC to correspond with 2C warming.

Not surprisingly, the 450 scenario suggests dramatic shifts in the world’s use of fossil fuels. Coal consumption would reduce in absolute terms by around one third. This will impact on Australian exports and the revenue being anticipated from their exploitation.

Successive short term forecasts from BREE’s Resource and Energy Quarterly have revised expectations down, forcing the treasury to revise down its expectation on revenues. Projected coal and gas revenue for 2015 was almost A$15 billion lower in September 2014 forecast than that of September 2013.

This does not include iron ore downgrades which have the industry reeling at the present time. It may be just the beginning.

Everyone else is doing it, why can’t we?

Such dramatic changes hinge largely on the ambitions of only a few nations. China, Japan, Korea and India account for 80% of Australia’s fossil fuel exports.

The recent policies and goals of these nations are explored in the report and indeed indicate a substantial change occurring. China is on the verge of “peak coal”, rebalancing the economy away from energy intensive industry and introducing a national emissions trading scheme.

Japan is on an energy efficiency drive to reduce its fuel import bill.

Korea has introduced a tax on coal of AU$18 per tonne and is finalising an emissions trading scheme.

India has doubled its tax on coal which funds renewable energy projects and has signalled its intention to stop importing coal within 2-3 years.

A clear change of direction is occurring however government forecasts are unmoved.