Opinion Australia can nurture growth and prosperity through biology

Discoveries in biology will underpin advances in agriculture, environmental science and medicine that are vital for a strong economic future, writes Merlin Crossley. 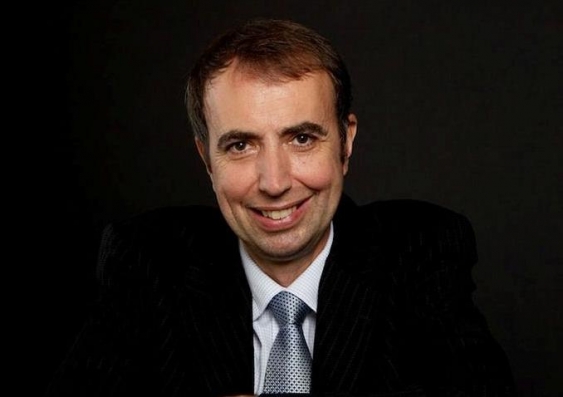 OPINION: One of the 20th century’s most famous scientists, physicist Ernest Rutherford, explained:

When we have found how the nucleus of atoms is built up we shall have found the greatest secret of all — except life.

The 21st century is set to be the time when the study of life – biology – steps up. Once, as Rutherford also said, it may have been true that “Physics is the only science, all else is stamp collecting” but now physics, chemistry and mathematics have combined and ignited a revolution in biology.

The work of Darwin on evolution and Mendel in genetics provided understanding of how all living things are connected and a fundamental mathematical framework for inheritance.

James Watson and Francis Crick used physics to reveal the chemical nature of the DNA code, and their followers have used the tools of chemistry, physics and informatics to sequence genomes at an ever increasing rate, and most critically have shown how genes work and can now be manipulated in the lab for experimental or therapeutic purposes.

The tools that have brought about the revolution in genetic engineering came from broad studies in biology, from work on bacterial viruses, green fluorescent jellyfish, yeast, fruit flies, tiny weeds and nematode worms, as well as from medical science projects directed at specific diseases.

The stage is now set to dissect in order to understand, and to connect and build.

Discoveries of note (and coin)

Fundamental discoveries in biology are now laying a foundation on which future advances in agriculture, environmental science, and medicine will be built.

This knowledge will help Australia maximise food security and implement biosecurity to minimise the spread of pests and foreign diseases. At an environmental level our understanding of ecology is improving. One hopes we can preserve rich ecosystems to enjoy and share with tourists from all over the world.

The molecular knowledge of how our bodies operate informs our understanding of infectious, chronic and genetic diseases. This knowledge provides hope for future drugs and other cures, as well as the minimisation of health costs through better targeting of therapies and personal medicine.

So if we are talking about productive agriculture, rich environments, and drug companies, about the future prosperity of Australia, then one thing we’re talking about is money. It is difficult to make forward looking economic or scientific predictions but I do know that looking back can inform us about the future – so let’s look at money in the past.

Let’s look at Australia’s first banknotes. The Australian $2 note has now been replaced by a coin but in the past it pictured John Macarthur on the front and William Farrer on the reverse.

Macarthur was instrumental in developing the first sheep breeds to prosper in the Australian environment and for many years wool has been a core product in the Australian economy. One wonders how the new colony would have fared without practical Australian approaches to selective sheep breeding. The wheat strains developed by Farrer, particularly the Federation strain, have fed our nation and the world.

In the future, having players in the international quest for more productive, more resilient and less environmentally damaging livestock and crops will be critical to our nation, especially as the climate warms.

On the old Australian $50 note there was Howard Florey, who developed the first widely effective antibiotic, penicillin.

It is easy to forget how antibiotics have revolutionised human health. One wonders how many Australians have not benefited directly from antibiotics – from time to time I certainly have.

In addition to those that have featured on our banknotes, other Australian biologists have been on our stamps, such as the Nobel Prizewinner Peter Doherty, who revealed secrets of the immune system, and the late Nancy Millis, a leader in industrial microbiology.

Then there are others who may not yet have been immortalised in currency but who may be in the future:

Our banknotes do not currently feature any prominent ecologists or environmental scientists but the coins certainly attest to the beauty of our natural fauna.

One and two cent coins are no longer in circulation but fortunately the feathertail gliders and frill-necked lizards featured on them certainly are, as are the echidnas, lyrebirds, platypus, emus and kangaroos on our other coins.

The preservation of our ecosystems is critical to our well-being as a nation. Over the first two hundred years of European settlement land clearing, water usage, grazing practises and introduced species have had a profound effect on our fauna and flora, but a rich network remains.

Australian biologists are continuing to work to understand how to minimise negative impacts so that we can preserve important ecosystems, including our deserts, rainforests and the Great Barrier Reef. These are places that we and tourists can enjoy, while other areas can be sustainably managed for food or wood production as appropriate.

The advances in biology and the parade of illustrious biologists in Australia has drawn a generation of new students and the general public to the study of biology.

For complicated reasons the number of students studying maths, physics and chemistry is not increasing as it should in this increasingly technological world. This is a problem that Australia must address, but happily at least biology is thriving.

Science is vital not just for generating material prosperity, or for enriching our own experiences, but also for providing material by which we can each develop skills in critical thinking, in understanding evidence and argument. Science tells us that not everything is relative - in some cases there really are right and wrong answers. In many instances, biology will be the only science our citizens formally study, so it will remain a very important illustrator of the scientific method.

The ability to understand scientific thinking and evidence, helps societies to choose between snake oil salesmen and practical leaders.

Biology is also valuable at an individual level, as human biology underlies all health and medicine. Knowing biology is critically important for our own personal health choices.

Since its beginnings Australia has had to be a resolutely practical and realistic country. We have a beautiful but in many ways a harsh and fragile home. Through scientific understanding and rational argument we have found ways to survive and prosper. Biology and the other sciences will remain essential to our future successes.