Australia’s coastline has been struck by up to 145 possible tsunamis since prehistoric times, causing deaths previously unreported in the scientific literature, a UNSW study has revealed. 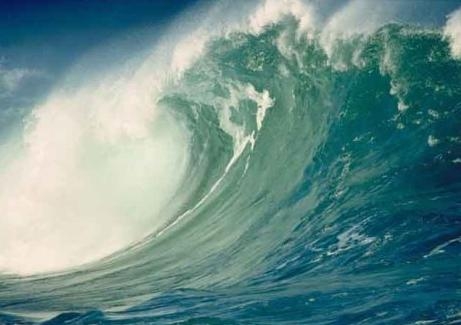 Australia’s coastline has been struck by up to 145 possible tsunamis since prehistoric times, causing deaths previously unreported in the scientific literature, a UNSW study has revealed.

The largest recorded inundation event in Australia was caused by an earthquake off Java in Indonesia on 17 July 2006, which led to a tsunami that reached up to 7.9 metres above sea level on land at Steep Point in Western Australia.

The continent was also the site of the oldest known tsunami in the world - an asteroid impact that occurred 3.47 billion years ago in what is now the Pilbara district of Western Australia.

Details of the 145 modern day and prehistoric events are outlined in a revised Australian tsunami database, which has been extensively updated by UNSW researchers, Professor James Goff and Dr Catherine Chagué-Goff.

“Our research has led to an almost three-fold increase in the number of events identified – up from 55 in 2007. NSW has the highest number of tsunamis in the database, with 57, followed by Tasmania with 40, Queensland with 26 and Western Australia with 23,” says Professor Goff, of the UNSW School of Biological, Earth and Environmental Sciences.

“Historical documents indicate that up to 11 possible tsunami-related deaths have occurred in Australia since 1883. This is remarkable, because our tsunami-prone neighbour, New Zealand, has only one recorded death.”

“And it is still incomplete. Much more work needs to be done, especially to identify prehistoric events and those on the east coast. Our goal is to better understand the tsunami hazard to Australia and the region. The geographical spread of events and deaths suggests the east coast faces the most significant risk,” says Professor Goff.

The results are published in the journal Progress in Physical Geography.

The country’s largest tsunami had been listed in 2007 as one that hit Western Australia following an earthquake off Sumba Island in Indonesia on 19 August 1977, but this rating was based on wrong information about its wave height.

Giant wave heights of about 13 metres – bigger than those of the current record-holding event in 2006 - have also been attributed to a possible tsunami on 8 April 1911 in Warrnambool in Victoria, but no hard evidence is available as yet to back this up.

The study identified three prehistoric events that had an impact across the whole of the South West Pacific Ocean: an asteroid impact 2.5 million years ago and large earthquakes about 2900 years ago and in the mid-15th Century.