Opinion Beyond genetics: illuminating the epigenome

New results confirm we are on the right track to understanding how molecules that coat DNA influence the activity of disease genes, writes Merlin Crossley. 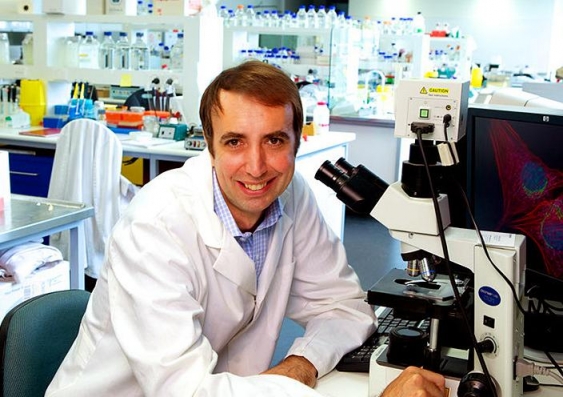 OPINION: If you are attracted to the more mysterious areas of science, such as quantum mechanics and cosmology, and your special interest is Lamarckian epigenetic inheritance, then you may be aware that Nature has just published articles summarising progress of the Roadmap Epigenomics Project towards producing a reference human epigenome.

But you may be a little disappointed if you rush out and buy a copy. The results are fascinating, but they are really just another step towards bringing epigenetics into the biochemical world.

Epigenetics is basically the study of semi-permanent changes to genes that alter whether or not they are active, or how active they are. It is distinct from genetics, which involves genes that are disrupted by mutations. In epigenetics the genes just lie silent – ready to be awakened by environmental or physiologicaly stimuli.

The Nature articles will help researchers to identify and understand patterns in the epigenetic landscape, and these will increase our understanding of how complex and probabilistic systems reliably produce distinct biological outcomes. But they don’t really explain the inexplicable –- or at least not yet.

Why is epigenetics so in vogue?

As the renowned mathematical biologist Eric Lander quipped after the publication of the human genome sequence: Genome: bought the book; hard to read.

When the human genome was sequenced, we were presented with nothing more than a very long strings of letters: A, C, G and T. It was impossible to decipher in full. So how does the body read it?

Obviously our cells don’t have eyes but they can “feel by touch”, and they do have systems that equate to braille –- the cellular machinery can tell when there is something stuck on the DNA.

Small molecules, such as methyl groups, can be used as markers. They can direct gene silencing, switching genes off. Large DNA-packaging proteins -– termed histones – can be stuck on in ways that can either open up a region of DNA or render it inaccessible by coiling it tightly.

What’s more, methyl groups can be added to the histones, and “epigenetic readers” can feel them too, and either read or seal up a region of DNA coiled up with proteins.

In this way, different stretches of DNA –- or genes –- can be turned on or off. Thus, their products, such as the protein haemoglobin, for instance, can be produced in some cells and not others.

In the popular world one hears mostly about the turning on and off of genes -– called epigenetic control -– in the context of inherited states.

This is where children are said to be influenced by the diet of their grandparents, whose genes were epigenetically silenced and then passed on in this silent state to cause obesity in following generations.

But this is just a tiny (and controversial) corner of the epigenetic world.

Interestingly, as more and more human genomes have been sequenced, it has been discovered that most mutations or variations don’t disrupt genes, they simply influence how strongly certain genes are expressed.

Most people are dark haired to very blond; there are very few black haired people or pure white haired people because the natural genetic variation operates on the volume control of the gene, not the gene itself.

And we don’t yet understand the volume controls!

What if we could adjust epigenetic volume controls?

If we understood how genes were turned on and off, then we could turn off viruses such as HIV, or turn off harmful genes, such as the Huntington gene that can generate products that are toxic to nerve cells. We might also engineer more agricultural plants and animals to express desired characteristics.

But we are struggling to do this to order. We can select natural variants, and in a few cases genes have been mutated or genes added via transgenesis, but very often genes that are added end up being turned off because we don’t understand how to keep them on.

We don’t know how the epigenetic signposts work and we can’t overcome what is essentially epigenetic anti-viral or anti-transgene software.

And that is why the Epigenome Roadmap is important. It is an extension of the previous big science project, the Encode Project, and it extends our knowledge of the molecules that coat DNA.

In one paper in the current Nature series, the researchers studied 111 samples. They took chromosomes from virtually every anatomically defined tissue – heart, lung, kidney, liver, pancreas, muscle, etc – and almost every part of the brain. They then subjected each sample to epigenetic landscape analysis.

They scanned the whole genome to see where DNA-packaging proteins (the histones) were sitting, where the DNA was exposed, where methyl groups stuck to the DNA or to DNA-bound proteins, and where the gene was actively being read and where it was silenced, in each of these 111 samples.

They integrated the data with the 26 previously analysed Encode samples – mostly cancer cell lines grown in culture – and came up with what they call “reference epigenomes”. These are a first set of patterns characteristic of each tissue to which later samples can be compared – like “type specimens”.

And now the fun begins. The results confirm that marks on the surface of the DNA thought to correlate with whether a gene is on or off generally do, as expected.

Most significantly, they found that genetic variants associated with human diseases tend to map to regions enriched in epigenetic marks –- that is in control regions.

This is important. Researchers studying human variation have long suspected that most genetic susceptibilities don’t involve simple “disease” or “no disease” states, but rather depend on probabilities, propensities or susceptibilities to disease.

The hypothesis is that during evolution, variation in disease susceptibility has been selected, and mostly depends on subtle differences in the expression of certain genes.

But the Epigenetic Roadmap confirms one thing –- we are at least – on the right track.