Opinion The case for climate models

In the absence of time-travelling climatologists, models are unrivalled tools for understanding future climate, even when news ones predict wider uncertainties, write Sophie Lewis and Sarah Perkins. 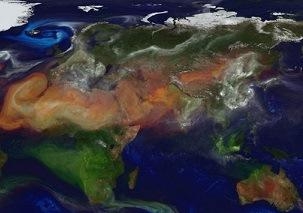 In the absence of time-travelling climatologists, models are unrivalled tools for understanding future climate, even when news ones predict wider uncertainties, write Sophie Lewis and Sarah Perkins.

The first climate models were built on fundamental laws of physics and chemistry, and designed to study the climate system. Now, the use of climate models is heated ground in the public discussion of our changing climate.

Climate models represent the physical world using a series of equations based on these known physical laws. These models are virtual laboratories; these are the tools that allow us to perform experiments that we can’t conduct in the real world.

Like any scientific equipment, climate models are carefully developed and checked. We base our confidence in a model on its ability to reproduce the current climate and observed changes and also key time periods of the past.

Climate models reliably capture many aspects of our climate system. Models reproduce many important natural climate processes, including the seasonal and daily temperature cycles that we experience in the real world.

Climate models also accurately respond to disturbances external to the climate system itself. In 1992 NASA scientists used the Mt Pinatubo volcanic eruption as a test for their model. They accurately predicted the observed climate cooling that played out in the real world in the early 1990s in response to these volcanic aerosols.

Models also capture the observed 20th century warming in global temperatures in response to increasing greenhouse gases. In fact, scientists made accurate climate model predictions of global-scale warming as early as 1975, even before strong warming became evident in observational records.

Experimenting in the virtual world

These virtual laboratories also help us understand the nature of interactions between the interconnected components of the earth. We can see how changes in the land surface from deforestation and agriculture have significant effects on the climate.

We can also examine the response of the climate system to large disturbances, or “forcings”. Previous studies show that large-scale disruptions can occur in the ocean currents and air temperatures in response to idealised ice sheet melting in the North Atlantic.

Models also allow us to investigate future changes. Models project a substantial warming in temperature extremes over the next century, which helps us to assess the potential for future impacts on vulnerable systems.

Looking at the big picture

Despite these modelling successes, we can never perfectly describe our complex, chaotic physical world with a series of equations. Small changes can affect the climate system in complicated ways and we are still developing our theoretical understanding of the most complex aspects of the climate system.

For example, accurately modelling clouds remains a challenge. We don’t know exactly how clouds form, which means we don’t necessarily know how best to represent cloud processes in a climate model. The necessary approximations we make in modelling cloud formation can led to differences between models and the real world, such as too much persistent drizzle in the models.

Our confidence in model results is closely linked to spatial and temporal scales. For global-scale models, more robust results are obtained investigating longer-term, broader-scale changes, than at particular locations, at particular times.

For all these studies, there is no single best climate model but a collection of models to use together. Meanwhile, we have one in a single set of available observations of the real world climate, with all its inherent chaotic variability. To account for this chaotic element, we assess how the average and the range of a group of models compares to observations.

When we use this approach and we consider large-scale changes over decades or more, climate models are powerful tools that allow us to address questions about past, present and future climatic change.

The IPCC’s fifth assessment report is due soon and includes evaluations of the latest generation of climate models. It seems counter-intuitive, but early results suggest that significant model improvements may have resulted in wider, rather than smaller, uncertainties in future climate projections.

Remaining uncertainties do not indicate the models are getting worse or that our understanding of climate change is becoming less clear. In fact, climate models have improved in simulating much of the observed climate.

These future uncertainties partly derive from the newer models now incorporating a greater range of important but complex processes. For example, models may now include small particles of industrial pollution and interactions between the climate, vegetation and the land-surface.

We can liken the development of climate models to natural selection. Successful models and their components thrive, while less effective ones eventually drop off and become extinct.

Despite recent improvements, climate models have become a lightning rod of contention. Models are increasingly politicised and model-based studies often elicit heated responses that climate models are flawed and cannot be trusted.

These expectations of model perfection are misplaced; while model certainty is never attainable, we are confident in our use of climate models.

In the absence of time-travelling climatologists, models are unrivalled tools for understanding our changing climate system. That is, climate models are scientific tools. We should recognise them as such and consider them with rigorous scientific, not political, scepticism.