Professor Chris Turney, leader of the Australasian Antarctic Expedition, says his critics are wrong: the team was prepared, the risks were known, and much was achieved. 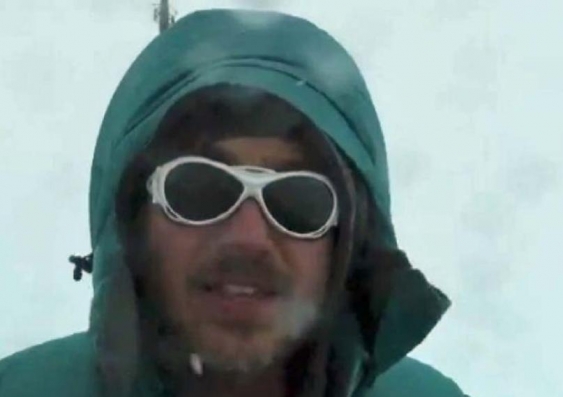 OPINION: The last 24 hours have been sobering. I am sitting in the comfort of a cabin on board the Australian icebreaker the Aurora Australis, one day after evacuating the Australasian Antarctic Expedition from our Russian-crewed vessel, the MV Akademik Shokalskiy. After sleepless nights thinking about keeping everyone safe, it is a relief to know everyone is on board the Aurora and well.

In this little haven of civilisation surrounded by a chaotic jumble of white to the horizon, everyone is taking stock of being locked in sea ice for 10 days. We are all incredibly grateful for the bravery of our Russian crew, the courage of Captain Jianzhong Wang on the Chinese icebreaker Xue Long – which itself now appears to be stuck – and the wonderful perseverance of the Australian icebreaker Aurora Australis.

There is relief, but there is also frustration over what appears to be a misrepresentation of the expedition in some news outlets and on the internet. We have been accused of being a tourist trip with little scientific value; of being ill-prepared for the conditions; putting our rescuers at risk; and making light of a dangerous situation. Others have remarked on what they describe as the "irony" of climate researchers stuck in unexpected ice.

I would like to address some of the issues that have been raised, but more importantly highlight the potential this region has for research and the value of getting the public engaged in science.

The aim of the Australasian Antarctic Expedition (AAE) is to lead a multidisciplinary research programme in one of the most scientifically exciting regions of our planet, straddling the Southern Ocean and East Antarctic. Using the latest in satellite technology, we are beaming images, movies and text in an attempt to excite the public about science and exploration, inspired by one of the most scientifically successful efforts in the Antarctic: the Australasian Antarctic Expedition of 1911-1914, led by British-born Sir Douglas Mawson. Starting out at the unbelievably young age of 28, Mawson managed to raise £39,000 in a year – equivalent to some $20-25m today. With this he kitted out an entire ship to discover what lay south of Australia.

His research bases, populated by scientists and members of the public, straddled thousands of kilometres along a previously unknown coastline, and communicated their findings back to Australia using the latest radio technology. His effort laid the foundations for modern Antarctic research while his tales of adventures and discoveries electrified the public.

Inspired by Mawson's efforts, friend and colleague Chris Fogwill and I decided to attempt a similar venture on a smaller scale. In spite of a century of work, huge gaps in knowledge remain across the region investigated by the original expedition. To tackle these questions we spent the last two years building a team of experts keen to work with individuals outside their area of expertise. Meetings were held and questions honed. We decided, for instance, that among many other things we would investigate the circulation of the Southern Ocean and its impact on the global carbon cycle and the potential for new records of past climate change using tree ring and peat sequences on the subantarctic islands.

One hundred years ago, Mawson and his team sailed to their Antarctic base at Commonwealth Bay. Today Mawson's Huts lie behind 65 kilometres of sea ice, the result of a 2010 collision between an enormous berg known as B09B and the Mertz Glacier Tongue. As a result of this clash, B09B lodged itself on the seabed of Commonwealth Bay, changing the circulation of the area dramatically. No one knows what impact this event has had on the wildlife. Penguin and seal populations, their feeding patterns and the first underwater surveys of life in Commonwealth Bay have been a part of the expedition. We worked on our research programme with the Australian Antarctic Division and other bodies and the expedition was considered significant enough to be given the official stamp of approval. Climate change was part of our programme but the AAE is much more.

The six-week expedition was split into two legs, the first focusing on the New Zealand subantarctics, the second the Southern Ocean and the immediate area around Mawson's Huts at Commonwealth Bay. As the expedition traversed the Southern Ocean, oceanographic measurements were made, weather conditions recorded, trawls of the surface taken and bird counts noted; while on the subantarctic islands, teams cored trees, dug peat sections, investigated bird burrows and underwater surveys were made in the shallows. Many were firsts for the region.

The amount of data we collected far exceeded our expectations and we returned to New Zealand for the second leg in high spirits. The pace of work continued when we returned south. For instance, the oceanographer on the AAE, Dr Erik van Sebille, led the combined deployment of Argo floats and drifter buoys in the sea – another first for the region – beaming their location at regular intervals to help complete the view of our planet's ocean circulation; a legacy of the expedition that will last years after our return. During the expedition we pioneered a new route into the huts and were able to deliver two large teams to work in the area, including undertaking important conservation work on the huts. The AAE is not a jolly tourist trip as some have claimed, nor is it a re-enactment. The AAE is inspired by Mawson but is primarily a science expedition; it will be judged by its peer-reviewed publications.

Unfortunately, events unfolded which no amount of preparation can mitigate. To provide a comparison with the samples we collected in the Mawson Hut area, we relocated the vessel to the Mertz Glacier area in the east, a major driver of ocean circulation and importantly an area where the continent is closer to the sea ice edge. Late on 23 December, we returned to the Shokalskiy. We had completed our work programme on the continent and were heading north into open water to continue the oceanographic work on the return home.

Unluckily for us, there appears to have been a mass breakout of thick, multiyear sea ice on the other side of the Mertz Glacier; years after the loss of the Mertz Glacier tongue. There was nothing to suggest this event was imminent. We have had regular updates on the state of the sea ice in the area and had been monitoring the region for the last year. We also had regular weather forecasts from two different sources: one from the Australian Antarctic Division base at Casey and the other a European company called Meteoexploration used by expeditioners. Both forecasts suggested consistent conditions.

The forecasts were correct, but it was soon clear that the armadas of ice that started to appear were thick and old. Captain Igor tried to beat a path to open water but the size of the sea ice overwhelmed the Shokalskiy. In places the ice was three metres thick with little open water to push aside. With the southeasterly winds, the ice would not budge and we were caught just two to four miles from the sea-ice edge. Getting stuck is not unusual for ships here. The vessel we are on now, the Aurora Australis, was stuck for four weeks earlier in the season.

Let's be clear. Us becoming locked in ice was not caused by climate change. Instead it seems to have been an aftershock of the arrival of iceberg B09B which triggered a massive reconfiguration of sea ice in the area.

Once we realised we were trapped for several days, the key thing was to keep team members positive. The science work continued, lectures were given, classes offered, walks on the ice took place and Christmas and New Year's Eve provided a chance to keep people's minds off their surroundings. The worse-case scenario was an iceberg striking the vessel, although none were close. There was no danger of the ship's hull being crushed by the ice floes surrounding us.

The rescue itself, like any operation in the Antarctic, entailed some risk to our rescuers, but vessels always look out for one another in the Antarctic. As the Aurora's captain Murray Doyle put it: "It's part of the programme of people working down here. We have to rely on each other if something goes wrong. You're too far away from anything else."

Morale remained high. The media interest helped. Twice-daily briefings on the situation were accompanied by reports from the media at home and overseas. Interviews the team gave provided a chance to reassure those at home that all were well but also describe our science work, much of which was followed up online using the expedition website and social media, such as G+, Twitter, Vine and Facebook. In spite of the situation we found ourselves in, the AAE had a conversation with the public about science, exploration and Mawson. There really does remain a passion for these subjects. Sadly though, there seems to be a few people who have just caught the last few days of the conversation.

Chris Turney is leader of the Australasian Antarctic Expedition 2013-2014, professor at the University of New South Wales and author of '1912: The Year The World Discovered Antarctica'.