Urgent action is needed to protect large carnivores, such as the Australian dingo, from the “unforseen” environmental consequences that will accompany further declines in their numbers, an international team of ecologists has warned. 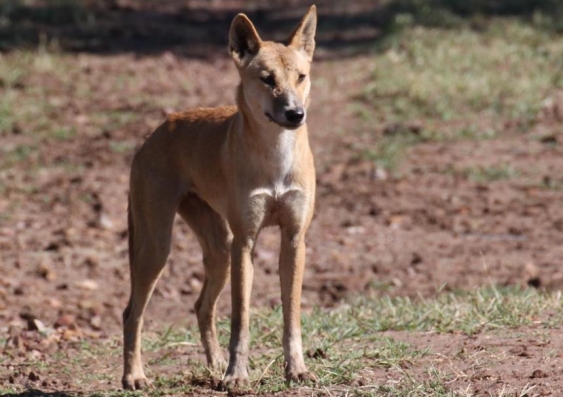 Urgent action is needed to protect large carnivores, such as the Australian dingo, from the “unforseen” environmental consequences that will accompany further declines in their numbers, an international team fo ecologist has warned.

Over the last two centuries, large mammalian carnivores have experienced dramatic declines in population and geographic range globally, leading to a variety of negative ripple-down effects for ecosystems – the extent of which are not yet fully understood.

An international review published today in the journal Science examined the conservation status and ecological impact of the world’s 31 largest mammalian carnivores, including iconic big cats like the African lion and cheetah, American and European bears and wolves, and dingoes.

The team of international authors, led by Professor William Ripple of Oregon State University, says the environmental importance of these animals is underestimated; that current wildlife management practices to limit or eradicate top predators in some regions is “outdated”; and that new strategies are needed to facilitate co-existence between humans and top predators.

“There is now a substantial body of research demonstrating that, alongside climate change, eliminating large carnivores is one of the most significant anthropogenic impacts on nature,” the review says.

A loss of top predators would have “wide-ranging influences on virtually all other species” in an ecosystem and could cause increased desertification, greater susceptibility to invasive species and wild fires, altered disease dynamics, and a diminished ability to naturally capture and store carbon emissions. The authors also say there will be many unforeseen consequences because scientists have “only just begun to understand the influences of these animals in the fabric of nature”.

Dr Mike Letnic from the UNSW Centre for Ecosystem Science is a co-author on the paper. His work is focused on ecosystem conservation and management strategies, and has revealed some important findings about what happens to Australian plants and small mammals when dingo numbers decline.

“The balance of ecosystems can shift dramatically,” he says. “Research on dingoes from Australia shows that populations of foxes and kangaroos irrupt following the removal of dingoes. Foxes in particular pose a considerable threat to small native mammals.”

“Overall, the suppression of dingoes has probably contributed to the endangerment and extinction of small marsupials and rodents over much of the continent,” says Dr Letnic.

Large carnivores have a profound impact on the way food chains are structured. They limit the populations of herbivores through predation, which keeps plant life thriving, and help keep other, smaller carnivores at bay through competition.

However, human development in recent years – namely agriculture and livestock production – and hunting have killed off many of these animals, which are particularly susceptible to threats due to their low population densities and reproductive rates, their high food requirements, and the fact that their roaming behaviour often brings them into conflict with humans.

More than 60% of the animals included in the review are considered by the International Union for the Conservation of Nature to be threatened and at risk of local or complete extinction, and 77% are experiencing continuing population declines.