Perhaps the explanation for why women orgasm is as simple as it's a pleasant reward for doing what's good for the species, argues Rob Brooks. 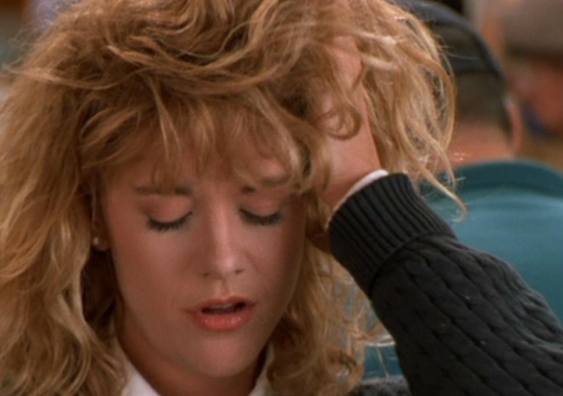 OPINION: My career decision to study sex came after careful thought. Where else could our society possibly need to know more about what middle-aged straight men think? And if ever there was a question in need of man-splaining it is the function of the female orgasm.

Why do women orgasm? "Because it's a pleasant sensation!" comes the obvious answer.

But as an answer, pleasure fails to finish the job. One is then left asking why orgasms are pleasant. Science is a lot like talking to a four-year-old, where every explanation is met with the same question - "Why?"

Nobody asks why men orgasm, but why do women?

One popular theory for the evolution of the female orgasm holds that all those tremors and twitches function to retain sperm. It's based on the rather racy idea that women have - or historically had - sex with so many guys they need a physiological mechanism to help them decide which man's sperm to use for conception.

One way this can happen is for the uterus to contract during orgasm and suck up the sperm, drawing it closer to the egg. The body decides whose sperm to use by stacking the fertilisation lottery in favour of the better lover. But, depending as this does on a rampant sperm competition and complex uterine mechanics, it is too complicated by half.

How about the revolutionary idea that orgasms are pleasant to act as a reward? Payback for doing what's good for the species? Imagine some ancestral humans sitting round a fire, doing the ancient equivalent of watching Offspring. Some have the capacity to orgasm, but for others sex is just another form of hard work. Now who will conceive the next generation of hunter-gatherers? The folks squirming on the knottiest log, unable to think about anything other than orgasm? Or the folks thinking "Let's watch another episode"?

This sophisticated reward scenario has been proposed to explain another kind of orgasm: the male one. Because male orgasm and ejaculation are so tightly linked, nobody asks why men orgasm. The idea that women's orgasms need a special explanation plays into old stereotypes that women need a good reason to have sex, whereas men need only a suitable place. But heterosexual sex requires at least one woman and one man. So shouldn't an incentive for women to have sex be a key part of the sexual-reproductive bargain?

Before the squabble over why women orgasm, we had the Freudian idea that women who are normally developed have vaginal rather than clitoral orgasms. And before Freud, we had centuries of silence.

Perhaps the tendency to over-complicate women's orgasms arises from the knowledge that women have a secret weapon - fake orgasms. Research published in the Archives of Sexual Behaviour shows more than half of all women regularly do it. And one in five orgasms isn't the real deal.

But only about 18 per cent of men reckon their partners fake it, and by their estimates only one in 20 orgasms is faked. Men, it seems, are pretty clueless about when their partner is faking this important signal of sexual satisfaction.

Rob Brooks is a professor of evolution at UNSW and author of Sex, Genes & Rock'n'Roll: How Evolution Has Shaped the Modern World. He is the winner of the 2013 Eureka Prize for promoting understanding of Australian science research.

This piece was first published in the Sydney Morning Herald.