There remains some unfinished business if the community is to be assured that the problem is solved and sustainable management of the rivers of the Murray-Darling Basin is guaranteed, writes Richard Kingsford. 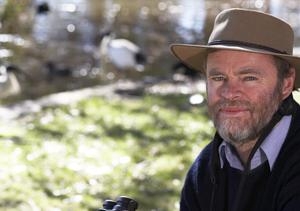 One hurdle remains. The Plan needs to be tabled in parliament for 15 days, during which it could be voted down. This seems highly unlikely given the noises made by various coalition members of parliament, despite concern by the Greens that there is insufficient water for the river.

There is still likely to be a vote next week to obviate any need for the Plan to remain tabled for the 15 days.

Still questions to be answered

The headline number of gigalitres to be released into the environment has always been the flash point in the Basin Plan. It’s the most important metric for estimating impacts on irrigation communities and benefits for the environment.

This is an historic announcement – the eventual delivery of up to 3,200 GL of environmental flow back to the river, once the primary target of 2,750 GL is reached in 2019. “Up to” remains an interesting and concerning qualifier, reflecting some of the uncertainty about how much water will be delivered by “relaxing constraints” and increasing efficiencies on farms.

It is not clear how much the dedicated $1.77 billion will deliver of the 450GL target. This is important because it was only the 3,200GL volume of water that met most of the environmental targets established in the basin plan, particularly those in South Australia.

More water delivers a more sustainable environment, despite some arguing that it’s all about the management. The government has opted to obtain the additional water primarily through increased efficiencies and dealing with constraints, but this is not the cheapest option. Buying irrigation water from willing sellers is up to two-and-a-half times cheaper than investing in water efficiencies and other projects.

This is not a plan that will suddenly happen, though many of its initiatives are well established, particularly the buyback of water. There is already 1,577GL, or 57% of the target, recovered for the environment. Compare this to only 65GL recovered in June 2009.

A lot of progress has already been made. This water is already rejuvenating parched wetland systems. The big floods of 2009-2011 breathed life into most of our major wetland ecosystems which had experienced decades of degradation, clearly apparent in the dead and dying river red gums, black box eucalypts and coolabah trees.

The additional water for the environment will ensure that the dry periods won’t be as severe, and that our magnificent Murray-Darling Basin Rivers establish a reasonable degree of ecological health. It will be important that the full 3,200GL is recovered for the sake of these rivers and also many of the communities that rely on them. More water will deliver more for the environment.

It’s not well appreciated that large parts of our major wetlands, key environmental targets, are privately owned, supporting landholders who depend on the floods for their grazing.

There remains some unfinished business if the Australian community is to be assured that the problem is solved and sustainable management of the rivers of the Murray-Darling Basin is guaranteed. There is a significant increase in the amount of groundwater that can be diverted each year. Problematically, many of the rivers in the Murray-Darling Basin rely on groundwater but nobody really knows by how much.

There remains the real possibility that this creates opportunity to develop groundwater resources connected to the rivers and robbing Peter to pay Paul. The hard won environmental water in the basin plan may be diverted. This was what happened when all governments supposedly historically halted development of rivers in 1995, with the Murray-Darling Basin Cap. There was a surge in groundwater use and harvesting water on the floodplains; pressure shifted to the resources that were not well managed. Another water-shift could occur. Some so-called constraints may play an important ecological function.

For example, the Barmah-Millewa Choke, long acknowledged as a constraint, is a natural constriction which helps spread water out into the floodplains. We need to be careful that some of the 450GL isn’t going to just move water to one ecosystem’s cost and another ecosystem’s benefit.

Finally, there is the not-small matter of climate change and its impacts.

There is a range of rainfall changes that could realistically occur. Less rainfall is likely during winter in the southern MDB; changes in the north and in warmer months are much more uncertain.

However the most certain aspect of climate change – surface temperature increases – is likely to affect future water availability in the drier catchments because of increased evaporation. There is no climate adjustment in the Basin Plan.

Adjustments would need to be made in the second review in 2029, given sufficient evidence. It’s not hard to imagine the type of arguments that would break out about the science and the need for less water to be diverted if some of the predictions hold up about impacts of climate change.

The states will need to play ball as well. It’ll be their job to implement the plan, and there is already friction. These are real issues that will need to be watched and dealt with to ensure that this historic initiative has a legacy for future generations, and history’s judgement is not one of part success or a C pass. For now, we should celebrate the substantial amount of environmental water which will be delivered for our rivers.