Shallow coral reefs may be even more susceptible to increasing acidity caused by heightened levels of carbon dioxide in the atmosphere and oceans than previously recognised. 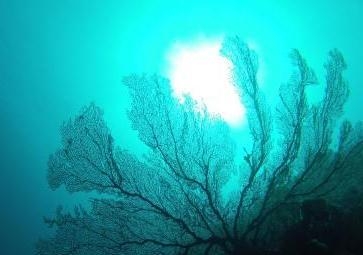 Shallow coral reefs may be even more susceptible to increasing acidity caused by heightened levels of carbon dioxide in the atmosphere and oceans than previously recognised.

“Our study shows organisms residing on shallow coral reefs and in other shallow marine ecosystems will be exposed to far more extreme and variable acidity in the future than deeper ocean organisms. This will be caused by a combination of heightened background carbon dioxide levels and the natural cycles found in shallow ecosystems," says lead author, Emily Shaw, from the UNSW’s Climate Change Research Centre.

“We are beginning to understand how the pH of shallow reef waters can vary dramatically according to tidal situations, seasonal conditions, diurnal cycles and the responses of biological communities to each of these. If we continue to add carbon dioxide at our current rate the increased background CO2 will not simply add a little to these extreme events but will have a multiplying affect that will amplify them considerably more.“

The scientists used observational data from coral communities on the shallow offshore reef around Lady Elliott Island, Great Barrier Reef, as their baseline. There they looked closely at how certain conditions in concert have a powerful amplifying or diluting impact on carbon dioxide levels at local levels in shallow reefs.

The prime causes of changes in acidity on the reef are through respiration by marine organisms and tides. CO2 levels are lower during the day when photosynthesis of the symbiotic algae in coral takes place and higher at night when respiration occurs. Low tides can increase the magnitude of these changes in CO2 content, while high tides can reduce the CO2 content.

There is also the smaller influence of the seasons caused by variations in temperature and algal and plankton growth through the year.

Under normal conditions, the chemical properties of seawater allow it to buffer the variability caused by these natural seasonal and daily variations in CO2 levels. However, the increase in background CO2 levels reduces the ability of the ocean to buffer what would otherwise be natural changes, leading to an amplification of the CO2 level.

Using the current trajectory of increasing carbon emissions, the researchers estimate we will see the first clear impacts of increasing acidity affect the growth of shallow coral reefs within decades. By 2100, corrosive conditions for aragonite, which is the type of calcium carbonate that corals and some other reef organisms produce, are expected to occur daily in some shallow locations.

“In recognising that extreme changes in pH are likely in the future, it is important that further research is done to examine the biological consequences of short-term exposure to extreme carbon dioxide conditions," says Dr Shaw.

“Too often we talk about climate change impacts in terms of averages - whether it is in terms of temperatures or, in this case changes in pH. As the Western Australian ocean heatwave showed us two years ago when it devastated fish stocks, it can be the extreme end of the spectrum that can cause the most damage, and these damages may be irreversible over our lifetimes in the case of ocean acidification.

“We know that if we continue on our current CO2 emissions trajectory that the ocean will take thousands of years to return to chemical conditions resembling those of today.”

For more information or to arrange an interview with the researchers contact ARC Centre of Excellence for Climate Systems Science Media and Communications Manager Alvin Stone, 0418 617 36 | alvin.stone@unsw.edu.au