The federal government is implementing an ideological program to terminate climate action and stop the growth of renewable energy in particular, writes Mark Diesendorf. 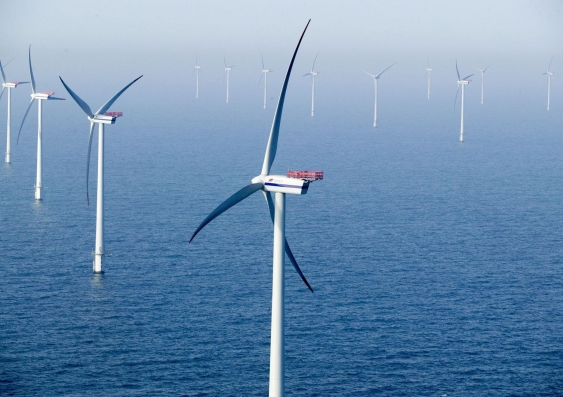 OPINION: I was astonished to read advice by Nicole Lawder, a Liberal MLA in the ACT parliament, that Canberrans should focus on ''keeping ponds clean and viable'' instead of building a solar power station to provide 4500 households with environmentally sustainable electricity.

It is an extreme example of what psychologists call ''displacement activity''.

Furthermore, she accuses the ACT government of being ''ideological, not environmental'', a statement that psychologists could classify as ''projection''.

After all, it is the federal government that is implementing an ideological program to terminate climate action and in particular to stop the growth of renewable energy.

It is attempting to remove the modest carbon price, abolish the Clean Energy Finance Corporation, cut the renewable energy target, and further undermine future wind farms by holding yet another inquiry into the sham ''wind turbine syndrome''.

It has already cut $800 million from the Australian Renewable Energy Agency and abolished the Climate Commission, which provided independent advice to the public. (Fortunately, it has been relaunched as the public-funded Climate Council.) A single one of these actions could be interpreted as simple ignorance, but the whole set clearly comprises a deliberate plan to try to slow the inevitable shift away from polluting fossil fuels to renewable energy.

The deafening silence of the federal opposition in the face of this wanton destruction by the federal government is disappointing, to say the least.

The ''justification'' of these federal policies is ideological, because it is anti-climate science, because investment in the growth of renewable energy (and energy efficiency) can generate more jobs than are being lost in the fossil fuel industry, and because the Clean Energy Finance Corporation is leveraging much private investment and is actually making a profit.

The subsidies to the production and use of fossil fuels in Australia are running at more than $10 billion a year and seem to be permanent, dwarfing the small declining subsidies to renewable energy.

Apart from blind support for the ideological position of the federal government, there is no rational reason for a politically conservative person to oppose the growth of renewable energy in Australia. These new industries are being implemented by small and medium sized businesses, creating jobs and supporting technological innovation.

The initiative of the ACT government and its people is a beacon in these dark times in Australia when the federal and most state governments are trying to squash renewable energy to serve the vested interests in the fossil fuel industries. Frankly, I don't care whether the ACT's target is aspirational or not.

The point is that the ACT is actually doing something of substance, unlike federal and state governments. Research at UNSW by PhD candidate Ben Elliston, guided by Associate Professor Iain MacGill and myself, shows that we could operate reliably the national electricity market entirely on renewable energy technologies that are commercially available now. The research is based on hour-by-hour computer simulations using real data on electricity demand, wind and sunshine over the region spanned by the market.

Similar results have been obtained independently by the Australian Energy Market Operator, although their simulations included small contributions from technologies that are not yet commercially available, such as hot rock geothermal and wave power.

Furthermore, in peer-reviewed publications, we have shown that renewable electricity systems are affordable and likely to be less expensive than fossil-fuelled systems with hypothetical carbon capture and storage. We used the conservative cost projections for technologies and fuels by the Bureau and Resources and Energy Economics.

The principal barriers to the transition to a sustainable energy system are no longer technological or economic. Instead they are the unhealthy relationships between the federal and state governments on one hand and the big greenhouse gas emitting industries on the other.

Assdociate Professor Mark Diesendorf is deputy director of the Institute of Environmental Studies at UNSW. His new book, Sustainable Energy Solutions for Climate Change, is published by the UNSW Press.

Renewable energy - the future for Australia