Opinion Is human intellect on the downward slide?

The diverse and surprising ways we use human intelligence today suggest that we owe it to more than a handful of simplistic evolutionary scenarios, argues Rob Brooks. 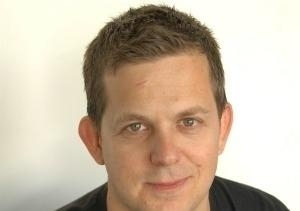 OPINION: I would wager that if an average citizen from Athens of 1000 BC were to appear suddenly among us, he or she would be among the brightest and most intellectually alive of our colleagues and companions, with a good memory, a broad range of ideas, and a clear-sighted view of important issues.

Crabtree doesn’t seem to be arguing for the intellectual vibrancy of the Akademia or the Lyceum. These places, and their celebrated occupants like Plato and Aristotle graced Athens only 600 years later, well beyond Crabtree’s inferred date of humanity’s intellectual zenith.

And he doesn’t confine himself to Athens. “I would also like to make this wager”, he goes on, “for the ancient inhabitants of Africa, Asia, India, or the Americas, of perhaps 2000-6000 years ago.” He’s arguing that humans – throughout the world – have been steadily losing their marbles for the last three to six millenia.

Well, Professor Crabtree, I’ll see your Athenian intellectual Titan. And I’ll raise you a bottle of 1998 St Henri and a $100 book voucher.

I’m not at all opposed to expansive predictions. But they should be tempered by critical thought. And wherever possible they should be reformulated as hypotheses and tested. Crabtree makes a few predictions that should, with progress in genomics, become testable. But it may surprise you to learn that his argument for why our intellect is fragile doesn’t stand basic scrutiny.

So many ways of being dumber

Crabtree’s main point boils down to this: human intellectual function depends on the action of lots of genes. In Part I, Crabtree briefly reviews the evidence that more than ten percent of all human genes – 2000 to 5000 in all – contribute to human intellectual and emotional function.

These genes don’t simply each contribute a tiny bit to intelligence, with the genetic component of any individual’s IQ being the sum of all these minute contributions. Instead, they interact “as links in a chain, failure of any one of which leads to intellectual disability”. The idea that various genes interact is far from controversial. But the case that breaking any one of these genetic links can be catastrophic does not compel me. I am sure that many crucial genes behave this way, but I would be staggered if every one of the 2-5000 was quite so brittle in its functioning.

With so many genes involved, it becomes a mathematic certainty that in the 120 or so generations since the pre-Golden-Age bronze-age “golden age” of the Athenian intellect, “we have all sustained two or more mutations harmful to our intellectual and emotional stability”.

There is some serious genetics behind this argument, and while the conclusions might not follow as crisply as Crabtree argues, it makes for an interesting read on the big-picture state of intelligence genetics. But would selection not have eliminated most of those mistakes?

Crabtree recognises that his case for genetic fragility of the human intellect conceals a flaw: if the human intellect is so fragile, then how could it have evolved to reach the mythic Olympus it inhabited 3000 years ago? In Part II, Crabtree lays out his theory for the main selective forces that shaped human intelligence, and for how changes in the last few thousand years have relaxed that selection. “Extraordinary natural selection”, he argues, “was necessary to optimize and maintain such a large set of intelligence genes”.

And where did that selection come from? Crabtree has some ideas: Errors of judgment. Inability to comprehend the aerodynamics and gyroscopic stabilization of a spear while hunting a large, dangerous animal. Finding adequate food and shelter.

In short, selection happens as a result of not dying. In the kind of world in which merely prevailing over the elements, slaying the occasional mammoth and keeping warm on a cold evening ensured success. The “Survival of the Fittest” world beloved of Darwin’s early supporters. And by creators of museum dioramas.

Which explains why Crabtree thinks humanity’s slide began three millenia before Big Brother even started filming. Agriculture and high-density living, he argued, in selecting for immune resistance to epidemic diseases might have softened selection on intelligence. And that living communally probably reduced the relentless selection by buffering our ancestors from mistakes in judgement and comprehension.

The idea that group living dimmed the harsh selection on day-to-day survival skills intrigues me, and certainly merits testing. But to suggest that this was the end rather than a Renaissance for selection on intelligence reflects a narrow view of how selection works, particularly in humans.

Selection – a social and sexual situation

When The Conversation editor, Matt de Neef drew my attention to Crabtree’s articles last week, I was preparing a keynote talk at the Applied Linguistics Association of Australia conference in Perth on the evolution of language. While the deep evolutionary causes by which human capacity for language emerged remain murky and contentions, the ways in which we use language today reveal a lot about the forces that have shaped and embellished our capacity for speech, and for writing and comprehending it.

As societies grew larger and more complex, our social worlds grew apace. More people to interact with every day, to speak with, to manipulate and to avoid being manipulated by. More people to court, and more ardent and eloquent suitors to thwart (or accept). The skills that made our ancestors successful shifted; from survival Bear Grylls style to navigating sexual, social and status complexity Sex and the City style.

A few days ago Jason Collins, made exactly this important point in his excellent blog Evolving Economics:

The problem is that Crabtree does not see sexual selection as an “extreme” selective force, when it is. Consider Wade and Shuster’s estimate that sexual selection accounts for 55 per cent of total selection in Homo sapiens. Or take Greg Clark’s data from A Farewell to Alms, with the rich having twice the children of the poor. The link between resources and reproductive success is strong across societies, and assuming a link between resources and intelligence (which if anything appears to be getting stronger), the intelligent have been reaping a reproductive bounty for some time. For those less fortunate, survival without reproduction is still a genetic dead-end.

Humans are complex animals. Our intelligence is a complex adaptation. And the diverse and surprising ways in which we use it today suggest that we owe it to more than a handful of simplistic evolutionary scenarios. Recent evidence suggests that the advent of farming did not halt the course of natural selection, but rather that it diverted it. From where we stand it is almost impossible to discern what directions human evolution, including the evolution of our intellects, might currently be taking.

But I would gladly wage that if humanity is getting dumber it isn’t via natural selection.