Opinion If you could clone yourself, would you still have sex?

Imagine how easy life would be if you could produce offspring without a mate, write Angela Crean, Nathan Burke and Russell Bonduriansky. 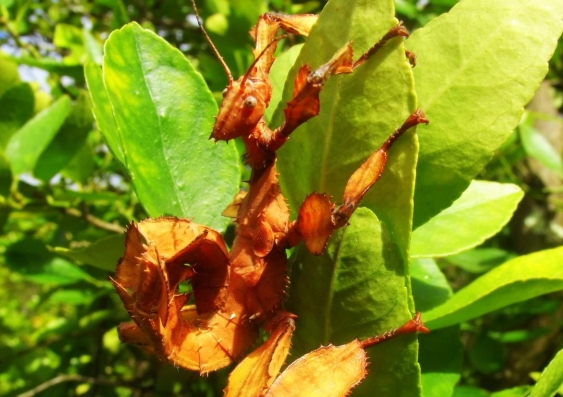 OPINION: Imagine how easy life would be if you could produce offspring without a mate. Sexual reproduction is the most common mating system in the animal kingdom. But in many species, females do not require males to produce offspring – they can reproduce asexually.

One form of asexual reproduction is parthenogenesis, where females lay unfertilised eggs that develop into clones. In some species, females can even switch between reproductive strategies, known as facultative parthenogenesis.

Some biologists think this kind of reproductive strategy represents the best of both worlds: engage in sex when it’s likely to be beneficial; and clone yourself when it’s not. But if facultative parthenogenesis is such a superior strategy, why isn’t it more common? (Hint: it’s all about sex.)

The paradox of sex

Sexual reproduction is a risky and costly method of producing offspring. Even at the most basic level, sexually reproducing females spend half of their reproductive investment producing sons who cannot give birth to offspring of their own.

What’s more, females must attract or find a willing mate before any sex takes place, which can be a painfully time-consuming business. Even when a potential mate does arrive on the scene, sex can continue to pile on the costs by shortening female lifespan, increasing the risk of predation, and spreading nasty venereal diseases.

Why would a female put herself through such an ordeal? Of course, we Homo sapiens engage in sex for plenty of reasons other than just reproduction. But when it comes to the rest of the animal kingdom, sex tends to be rather more functional.

So if sex is so costly, why is it so common?

The benefits of sex?

Because sex is such a widespread reproductive strategy, it is assumed that it must come with benefits that outweigh the costs. The greatest advantage that sex is thought to provide –- at least at the species level – is genetic diversity.

This is a problem that sexually produced organisms do not face because sex ensures that females don’t put all their eggs into one basket, so to speak. By producing genetically diverse offspring, sex ensures that at least some offspring will be able to cope with environmental change.

Another suggested problem with cloning is that clones tend to accumulate harmful mutations over time. But since sex creates new gene combinations, it expedites the purging of harmful mutations from the population.

To have sex or not to have sex

Spiny leaf stick insects –- familiar to many Australians as pets – are peculiar in many ways, including their koala-like ability to subsist entirely on eucalyptus leaves.

But their most interesting feature is their reproductive biology: female stick insects can mate and produce sexual offspring or, in the absence of males, they can lay unfertilised eggs that develop into clonal daughters.

And, of course, it has long been assumed that parthenogenesis is a mere back-up strategy for females that are unable to find a male. Surely (declare the obligately sexual humans), female stick insects would choose to have sex!

In a paper recently published in Animal Behaviour, we argue that parthenogenesis in the spiny leaf stick insect could actually be a strategy to avoid the costs of sex. We found that, when presented with a male, female spiny leaf insects often vigorously resisted matings by curling their abdomen and kicking their legs.

Moreover, rather than actively seeking males, we found that virgin females excrete an anti-aphrodisiac that repels males, while females that have already started to reproduce parthenogenically alter their pheromonal signals so as to make themselves invisible to males.

Most strikingly, we found that mating is extremely costly for females that have already started to reproduce asexually. More than half of such females died shortly after being paired with a male, and those that survived showed a sharp decline in egg production.

The story is complex, though. For example, increased survival of sexually-produced offspring could partially compensate for the costs of sex. Overall, however, it appears that females can benefit from avoiding sex altogether, at least under some circumstances.

Is sex a trap?

Our findings in stick insects point to an intriguing possibility. What if sexual reproduction isn’t so common in nature because it is a better genetic strategy, but rather because once sex evolves it is difficult to escape from?

Therefore, once sex has evolved and males are present in the population, those males will try to mate, even with reluctant females that might have done better to clone themselves.

So, could it be that part of the solution to the puzzle of sex is that, once the sexual strategy arises in a population, it perpetuates itself through the eagerness of males to mate? After all, if females cannot avoid mating, then they will not be able to realise the benefits of parthenogenesis, and the sexual strategy will triumph.

The future of males

If sex is an evolutionary trap, our findings suggest that spiny leaf stick insects can at least partially escape from this trap by reproducing parthenogenetically.

Indeed, in this species, successful avoidance of mating by females could lead to the extinction of males -– a fate that seems to have befallen some stick insect populations.

But what about Homo sapiens? Could female humans start cloning themselves to escape the costs of the insidious sex-trap, perhaps ultimately rendering men completely redundant?

Despite its sensationalist appeal, human parthenogenesis will probably remain the stuff of myth. Mammals are the only major animal group in which parthenogenesis has never been observed, and may therefore be impossible. Thus, on this Valentine’s Day, we can rest assured that, whatever its costs, love (or at least, sex) is here to stay.

Angela Crean is a senior research associate, Nathan W Burke is a PhD candidate in evolutionary ecology and Russell Bonduriansky is an evolutionary biologist at UNSW.