The percentage of students taking intermediate or advanced mathematics at school has declined significantly. Why is this happening and why does it matter? asks Chris Tisdale. 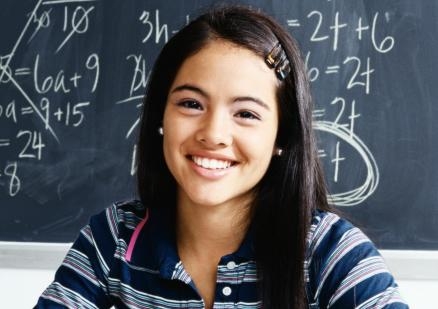 OPINION: The percentage of students taking intermediate or advanced mathematics at school has declined significantly. Why is this happening and why does it matter?

Some factors that influence whether students choose to study maths and, if so, which subject(s), are:

However, one of the most influential reasons students choose whether to study maths or not has to do with their ATAR, or tertiary admission rank. In a 2013 survey by the Mathematics Association of NSW, teachers said many competent students chose the most basic “entry level” senior mathematics courses, rather than the more challenging calculus-based subjects in an attempt to maximise their ATAR score.

Ironically, it seems that the choice of proficient high-school students to turn away from higher-level maths subjects to more basic ones is a strategic decision, which can be explained through mathematics itself.

“Mathematical optimisation” involves a strategic choice of “best” elements that lead to the optimal outcome. Here the “optimal” outcome in the minds of many students is achieving the highest ATAR they can, as a higher ATAR brings greater tertiary entry opportunities. The strategic choice involves selecting the particular maths subject that they believe will boost their ATAR as much as possible.

Accomplished students have the potential to perform well in the more basic senior maths subjects, as they will be less challenged by the depth and breadth of material. It also allows them to devote more time to other subjects that will contribute to their ATAR.

The potential effectiveness of this ATAR-optimisation strategy was proven when the Mathematics Association of NSW analysed university admissions data. It found that in 2013 a student who took “entry level” General Mathematics (no calculus) on the 90th percentile scored a higher study score than the median student in the (calculus-based) 2 Unit maths course and was likely to gain an additional ten ATAR points for making this choice.

Does it matter if fewer kids study maths?

Universities need incoming students with strong quantitative abilities. This will ensure Australian universities remain globally competitive in the quality of education that they provide to students in programs such as science and engineering.

How can we fix it?

We need to inspire students with the beauty and relevance of maths throughout school. Instilling a curiosity and fascination within students will make them more likely to continue with their maths studies to higher levels.

Universities can help the problem of declining maths students by reinstating entry prerequisites. Replacing the current practice of “assumed knowledge” with firm entry prerequisites will send a clear message to potential students that the intermediate and advanced calculus-based maths subjects are necessary for a successful transition to university subjects like science and engineering.

Chris Tisdell is Associate Dean of Science at UNSW

Can a mathematical equation really be the formula for happiness?

Numbers that don't add up