A major new fossil site has been discovered by UNSW scientists beyond the boundaries of the famous Riversleigh World Heritage area in north-western Queensland. 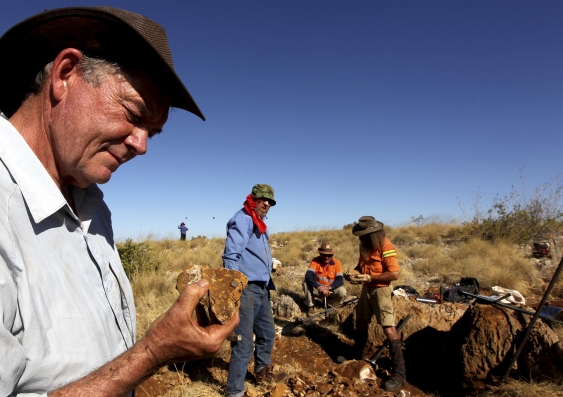 A major new fossil site has been discovered by UNSW scientists beyond the boundaries of the famous Riversleigh World Heritage area in north-western Queensland.

Dubbed “New Riversleigh”, initial indications are that it represents a different time period and poorly-known stage in the evolution of Australia’s unique biota. The prehistoric bone-bed contains the remains of a wide range of previously unknown marsupials and bats.

It was found about 15 kilometres south-west of the western limit of the Riversleigh World Heritage site, which is about 250 km north-west of Mount Isa, and which Sir David Attenborough has already described as one of the four most important fossil sites in the world.

A team of researchers and volunteers, led by UNSW’s Professor Mike Archer and Associate Professor Suzanne Hand, used maps based on satellite-generated images to explore geological deposits in this remote region beyond the World Heritage area.

“While the known fossil deposits span and document environmental change over the last 25 million years, there are some ‘holes’ in the record including the period between about 13 and 5 million years ago,” says Professor Archer.

“This was a critical time during which the widespread, lush, ancient rainforests of Australia rapidly gave way to increasingly drier conditions. At least some of these new deposits may help to fill out that critical 13 to 5 million year old gap.”

When challenged to use satellite data alone to “retro-predict” the location of hundreds of fossil sites already known from the 40 square kilometres of fossil-bearing rocks in the World Heritage area, he succeeded with spectacular accuracy.

“The team at UNSW were still getting over their amazement at the accuracy of his results, when he said:  ‘But wait, there’s more!’. When he used the same satellite data to examine the countryside way beyond the World Heritage area, he realised there were even larger areas that appeared to give the same signals as the fossil deposits in the World Heritage area,” says Professor Archer.

The UNSW team managed to reach the edge of this new area last year and immediately found an extraordinarily different fossil deposit than any that had been seen in the World Heritage area.

''There are some animals here I've never seen before,'' Professor Archer told the Sydney Morning Herald. "This place is bone city."

Some belong to previously known groups, but their differences suggest these new species represent a time period shortly after the great inland rainforests that had previously dominated the region had begun to collapse.

Additionally, the teeth of the plant-eaters show extensive wear which suggests that the soft vegetation of the previously lush rainforests had begun to give way to more abrasive plants that were beginning to adapt to a drier Australia.

Support for exploration in the hard-to-reach area has been provided by the National Geographic Society, adding to critical support provided by the Australian Research Council and local groups such as Xstrata Community North Queensland and the Waanyi Nation.

“While the exploration is ongoing, with more new sites having been found during a ten-day long expedition in July, it will be at least three months before more of the new materials collected have been acid-processed to reveal the other treasures they contain, “ says Professor Archer.

In total, 1.8 tonnes of bone-rich rock samples were collected.

The team also located more than 30 previously unknown caves in the remote region - many more than have been previously found in the World Heritage area.

Some have lakes at the bottom and a large collapsed limestone column discovered in one cave is being examined in the hope that it may reveal details about thousands of years of climate change in this corner of the continent.

“This region is an amazing place at the heart of the story of the origins of the Australian continent and its bizarre biota. We anticipate that the new finds will soon be followed by many more, adding significantly to our understanding about how Australia transformed from an Amazon-like world to the dry continent we see today,” says Professor Archer.

Read more about the discovery in the Sydney Morning Herald, which features a video and photo gallery as well as the feature story 'Bone city unmasked'. 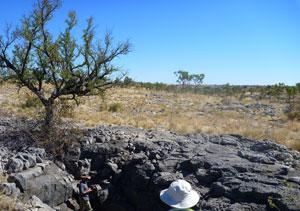