No oxytocin benefit for autism

The so-called trust hormone, oxytocin, may not improve the symptoms of children with autism, a large study led by UNSW researchers has found. 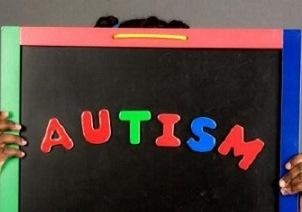 The so-called trust hormone, oxytocin, may not improve the symptoms of children with autism, a large study led by UNSW researchers has found.

Professor Mark Dadds, of the UNSW School of Psychology, says previous research suggested that oxytocin – a hormone with powerful effects on brain activity linked to the formation of social bonds – could have benefits for children with the disorder.

“Many parents of children with autism are already obtaining and using oxytocin nasal spray with their child, and clinical trials of the spray’s effects are underway all over the world. Oxytocin has been touted as a possible new treatment, but its effects may be limited,” Professor Dadds says.

Autism is a complex condition of unknown cause in which children exhibit reduced interest in other people, impaired social communication skills and repetitive behaviours.

To determine its suitability as a general treatment Professor Dadds’ team conducted a randomised controlled clinical trial of 38 boys aged between seven and 16 years of age with autism. Half were given a nasal spray of oxytocin on four consecutive days.

The study has been accepted for publication in the Journal of Autism and Developmental Disorders.

“This is in contrast to a handful of previous smaller studies which have shown some positive effects on repetitive behaviours, social memory and emotion processing.

“These studies, however, were limited by having small numbers of participants and/or by looking at the effects of single doses of oxytocin on specific behaviours or cognitive effects while the participants had the oxytocin in their system.

“The results of our much larger study suggest caution should be exercised in recommending nasal oxytocin as a general treatment for young people with autism.”

The boys in the new study were assessed twice before treatment, three times during the treatment week, immediately afterwards and three months later, with a parent present.  Factors such as eye contact with the parent, responsiveness, warmth, speech, positive body language, repetitive behaviours, and recognition of facial emotions were observed.

Research in people who are healthy shows oxytocin can increase levels of trust and eye-gazing and improve their identification of emotions in others.

One likely possibility is that many children with autism have impaired oxytocin receptor systems that do not respond properly, Professor Dadds says. But there may be a subgroup of children for whom oxytocin could be beneficial, and research is needed to determine who responds to it and how best to deliver it.

The team includes researchers from UNSW, the University of Melbourne and Neuroscience Research Australia.  The study received funding from the National Health and Medical Research Council and was carried out at the Royal Far West facility.