Sydney rock oysters could have a role as biomonitors of the health of our waterways, acting as sensitive indicators of harmful levels of contaminants in water and sediments. 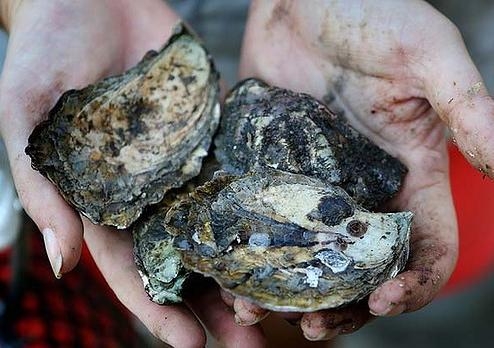 Sydney rock oysters could have a role as biomonitors of the health of our waterways, acting as sensitive indicators of harmful levels of contaminants in water and sediments.

A UNSW-led team of researchers has carried out a major study of this new approach to environmental monitoring, by assessing the health of oysters placed in ten estuaries along the NSW coast for a period of three months.

They found that there was a strong association between cell damage in the oysters’ digestive glands and the level of metal contamination in suspended sediments in the water.

The study is published in the journal Chemosphere.

“Our results suggest that oysters could be a cost effective and sensitive way of monitoring injury to marine life from environmental contaminants,” says senior author, Professor Emma Johnston, of the UNSW School of Biological, Earth and Environmental Sciences.

At present, scientists usually measure levels of contaminants in the air, sediments, water or biological tissues. While this can identify contamination hotspots, it only provides an estimate of the risk of harm to organisms, rather than evidence of harmful effects on them.

“It is vital that the toxic effects of human activity be monitored so management of discharges can be assessed and remediation of sites considered,” Professor Johnston says.

In one of the largest studies of its kind, the team placed cages containing 20 oysters at seven sites in each of 10 estuaries – from Karuah River in the north of the state to Wagonga Inlet in the south - and left them there for three months.

Sediment traps to collect particles suspended in the water were placed near the oysters.

“Re-suspension of contaminated sediments is a major way that organisms living in the water column become exposed to pollutants, either by eating organic matter attached to the particles or absorbing the contaminants from them,” says lead author, Dr Katelyn Edge, a former UNSW PhD student who is now at the NSW Office of Environment and Heritage.

The ten estuaries were found to vary in their levels of contamination, with suspended sediments from Port Jackson, Port Kembla and Botany Bay containing the highest levels of metals, including copper, lead and zinc.

The oysters in these estuaries were found to be significantly stressed, with cell damage rates to their digestive glands as high as 70 per cent.

By comparison, gland cell damage rates were as low as 25 per cent for oysters left in the least contaminated estuaries, including Karuah and Wagonga Inlet.

The team included other researchers from UNSW, as well as from CSIRO, the NSW Office of Environment and Heritage, and the Sydney Institute of Marine Science.