The power of portion size is hard to overcome

People given large servings of food eat more than those given smaller servings, even after they have been taught about the impact, UNSW research shows 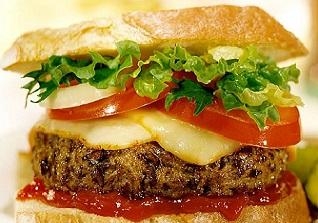 People given large servings of food eat more than those given smaller servings, even after they have been taught about the impact of portion size on consumption, UNSW research shows.

Learning how to engage in mindful - rather than mindless – eating also did not decrease food intake by a significant amount in those given large servings.

The study, published in the Journal of Health Psychology, highlights the need to find new ways to reduce the effect of portion size on overeating.

“If no effective approaches are found, it may be necessary to develop policy-related changes to provide a healthier food environment for people,” said Dr Lenny Vartanian, a senior lecturer in the UNSW School of Psychology and an author of the paper.

Portion sizes in restaurant and at home have increased dramatically since the early 1970s, and are thought to have contributed to rising obesity levels.

“Studies have consistently shown that increases in portion sizes for a wide range of foods and beverages result in increased energy intake. And the impact is not affected by factors such as hunger or the taste of the food,” Dr Vartanian said.

The team’s study of 96 women is the first to examine the effectiveness of educating people about this phenomenon. Participants were served either a 350 gram portion of macaroni pasta with tomato sauce for lunch, or a 600 gram portion.

Those in the education group were given a brochure about how external factors, such as mood, advertising, portion size, and social and cultural influences can contribute to overeating, and then asked to write about how these factors had influenced their food intake in the past.

Those in the mindfulness group were also taught how to focus on the internal sensations such as the taste of food and feelings of hunger and satiety, before they were offered the pasta.

“Neither of these brief exercises reduced the effects of portion size. Overall, participants in the larger portion group consumed about a third more pasta – 69 grams – than those in the smaller portion group, ” Dr Vartanian said.

This difference amounts to about 87 kilocalories, or 365 kilojoules, of extra energy.

The team was led by Karen Cavanagh, who completed her Masters in clinical psychology at UNSW, and included researchers from the University of Toronto in Canada.

Portion size affects how much you eat