UNSW biologist Professor Richard Kingsford is a key scientific member of a partnership that has won a $200,000 prize for its work protecting the iconic Lake Eyre Basin river system. 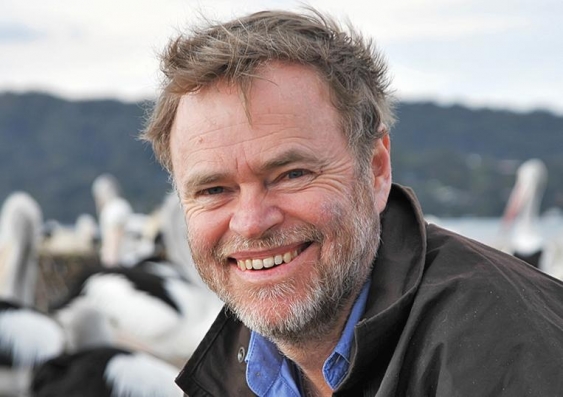 UNSW biologist Professor Richard Kingsford is a key scientific member of the Lake Eyre Basin Partnership that has won the prestigious Australian River Prize of $200,000 for its work in protecting this iconic river system.

It remains one of the world’s largest free-flowing river systems.

The 2014 prize to the Lake Eyre Basin Partnership breaks new ground in that it has rewarded protection, rather than rehabilitation, as was the case with all previous winners.

Lake Eyre Basin covers almost one sixth of Australia and is one of the largest internally draining river systems on the planet. At its heart lies Kati Thanda-Lake Eyre, more than 15 metres below sea level.

The rivers and creeks from NSW, South Australia, Northern Territory and Queensland that feed the desert basin undergo a boom and bust cycle, with unpredictable periods of flooding and drying.

“In 1995, the threat of water resource development upstream galvanised scientists, local communities and governments to protect these magnificent rivers,” says Professor Kingsford, Director of the UNSW Centre for Ecosystem Science.

“None of the precious water flowing into the basin ever goes to waste, supplying waterholes and spectacular wetlands. Rain can bring an extraordinary explosion of wildlife in the desert, including frogs, turtles and up to a million waterbirds.”

A key achievement was the Lake Eyre Basin Intergovernmental Agreement focusing state, territory, and federal governments on the overarching goal of cross-border protection of river flows and catchments.

“The bonds between local communities, scientists and governments grow stronger every year. We have been able to keep the rivers much healthier than many river systems in other arid zones in Australia and around the world, particularly the Murray-Darling Basin,” says Professor Kingsford.

“But we have to be very vigilant. I am concerned that new threats are appearing. The current Queensland Government has revoked the Wild Rivers legislation and allowed the development of water licences through trading.

“There is also considerable proposed exploration and possible development of unconventional gas, including coal seam gas and shale gas. This presents a considerable concern for water quality and floodplain impacts,” he says.

The prize money will be invested in continuing the work to protect the rivers.