Opinion Reaching its limits: can the global economy keep growing?

We live in an unprecedented time in human history where the limits to population growth and economic development are in clear sight, write Bruce Henry and Isaac Donnelly. 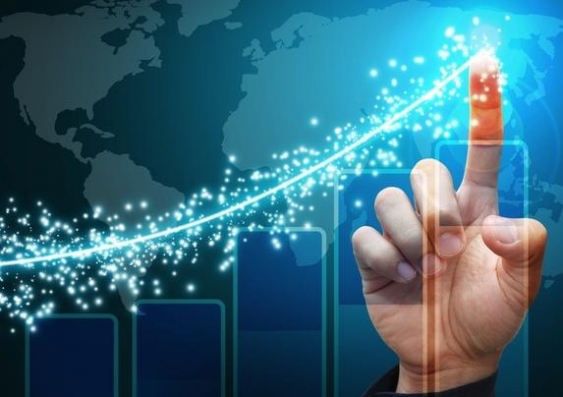 OPINION: In 1972 a group of scientists, known collectively as the Club of Rome, constructed a detailed mathematical model to test whether population growth and economic development could continue indefinitely and if not, what the limits to growth and its manifestations would be.

Their findings were published in a report called The Limits to Growth. The standard future scenario in their computer projections showed positive growth in both the population and the economy until the mid-21st century - and then a decline. The public responded firstly with a mixture of alarm and scepticism, and then disinterest. But in recent years there has been renewed interest in this body of work, including a recent article in The Conversation, with updated studies showing that we are on track to realise the standard scenario in The Limits to Growth.

Our current trajectory suggests that the world system will realise a decline in living standards. There needs to be a shift in the global economy that moves away from wellbeing measures based on GDP, and which embraces new meaningful measures of progress, as well as better accounting of resources and people.

Against this backdrop it is a good time to revisit The Limits to Growth. We have the data and computational power to answer questions such as: where are we now? and where are we going? But we also need to answer: where do we want to be? What do we need to do to get there? Our default scenario is surely not ideal. Is it possible to construct a new world economy that can deliver a more optimal outcome?

Many leading thinkers around the world have begun to address these issues. One of the lead authors of The Limits to Growth, Jorgen Randers, has re-examined future scenarios in 2052: A Global Forecast for the Next Forty Years.

He argues that rich nations should change their goal from one of economic growth to that of “increased happiness in a situation of stable income and declining population”. This sentiment is echoed by both Graeme Maxton, leading economist and author of The End of Progress, while Charles Sturt University Professor of Public Ethics Clive Hamilton observes that in our developed economies, “people buy things they don’t need, with money they don’t have, to impress people they don’t like”.

The Australian Bureau of Statistics (ABS) has been leading the world in developing new measures of progress and wellbeing. ABS Deputy Australian Statistician Peter Harper is overseeing Measures of Australia’s Progress (MAP), which moves away from using GDP as a key measure of a nation’s progress and instead considers progress to be “multi-dimensional covering a range of economic, social, environmental and, more recently, governance concerns”.

Peter Victor, a Professor of Environmental Studies at York University, and author of Managing without Growth: Slower by Design, not Disaster, has undertaken detailed simulations of the Canadian economy without economic growth as a goal. He finds that “it is possible to have full employment, eradicate poverty, reduce greenhouse gas emissions and maintain fiscal balance without economic growth”.

Another important step to progress towards a sustainable economy with improved wellbeing is to build better connections between resources and people and the economy. This has been the driving message of Columbia University economist Graciela Chichilnisky, the architect of the carbon emissions trading scheme underpinning the Kyoto Protocol. In Australia, the Wentworth Group of Concerned Scientists, led by Director Peter Cosier, has recently developed a tool, Accounting for Nature, which connects the state of the environment and the economy in an accounting framework. These economic reforms can drive investment in sustainable technologies.

We live in a time unprecedented in human history, where the limits to growth are in clear sight. It is time for an intelligent and informed discussion that goes beyond political horizons.

UNSW is hosting Symposium – Limits to Growth: Beyond the Point of Inflexion on 11 December and a Q&A on 12 December.

Professor Bruce Henry is head of the UNSW School of Mathematics and Statistics. Isaac Donnelly is a PhD candidate in stochastic processes and networks at UNSW.