Opinion Remembering to forget: how to erase unwanted memories

Our memories – good or bad – form parts of our identities and simply removing aspects of our character may have serious consequences, writes Amy Reichelt. 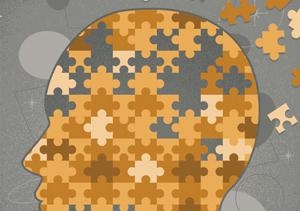 OPINION: Memories influence our behaviour for better or worse. A traumatic incident, experienced once, can darken our lives for ever more. Drug or alcohol addiction – driven by remembered rewards – can render the idea of “normal life” impossible.

So what if there was a therapy that could rapidly diminish the impact such memories have over us?

It sounds like science fiction, or mind control. But in the last decade scientists have investigated the process of memory reconsolidation to erase established memories of trauma or signals such as drug paraphernalia or locations associated with compulsive drug taking.

The resultant amnesia is permanent, and typically requires only a single treatment, effectively replacing the dysfunctional memory with a clean slate.

Are memories set in stone?

Initially, when a memory is formed it is fragile and susceptible to disruption, similar to memories that fail to form following a night of heavy drinking.

But once a memory becomes stabilised, or consolidated, it is in an established state that can be recollected and mentally re-experienced.

In the laboratory, rats are used as a model allowing the examination of learning and memory formation. Rats quickly learn to fear a sound that is present when a brief electrical shock occurs.

Similarly, rats will perform specific responses when a light is illuminated indicating availability of addictive drugs such as cocaine or heroin, and will prefer an environment associated with addictive drugs compared to a neutral environment.

Previously, attempts were made to extinguish a maladaptive memory by repeatedly presenting signals associated with fear or drugs with no outcome (such as physical trauma or a “hit” of heroin), a technique known as extinction. But the original memory is not erased; instead, a neutral memory forms in parallel.

That means the maladaptive memory can return to control behaviour following re-exposure to certain prompts or environments.

Researchers using laboratory rats found that consolidated memories are rendered transiently unstable (therefore temporarily susceptible to disruption) following retrieval if the outcome is unexpected – a sound no longer leads to a shock, a light no longer leads to cocaine.

A restabilisation process – known as reconsolidation – allows existing memories to be updated, but this short burst of new information is not salient enough to change the memory completely.

But the destabilised memory becomes susceptible to amnesia-inducing treatments once again. Amnesic agents have been shown to wipe the original memory to the extent that rats will no longer display fearful behaviours to the sound associated with electric shocks, respond for drugs or show preference to drug-associated environments.

From lab rats to clinical trials

Disruption of memory reconsolidation may provide the “magic bullet” to erase these damaging memories.

Recent clinical trials have been conducted with the drug Propranolol, a beta-blocker commonly used to treat hypertension, anxiety and panic.

The trials have demonstrated that Propranolol administration following the script driven reenactment of traumatic events within a clinical setting to recall the memory diminished the memory’s emotional component in PTSD patients – resulting in an enduring reduction in psycho-physiological responses. Put simply the emotional impact of the traumatic experience was decreased.

The use of certain amnesic agents such as the drug MK-801 may be limited outside of the laboratory. Preclinical laboratory studies have frequently used amnesia-inducing drugs in rats that can have undesirable side-effects in humans, such as hallucinations.

In a recent study, researchers used a novel behavioural procedure that combined the brief reminder session of memories associated with drugs of abuse – destabilising the existing memory, followed by repeated presentation of drug-associated cues in the absence of drug rewards.

This was initially carried out in laboratory rats that were trained to administer heroin. Those that underwent memory retrieval shortly followed by extinction decreased responses to drug-associated signals, whereas responding returned in the rats that only had extinction trials.

This retrieval-extinction procedure was then used in abstinent human heroin addicts with identical results – persistent reductions in responses such as craving when presented with drug cues.

Participants were repeatedly exposed to a photo of a neutral environment containing a lamp that was lit either in red or blue, one of the coloured images led to an electrical shock (i.e. the red lamp), so learnt to associate one image with fear while the other (i.e. the blue lamp) remained neutral.

This study demonstrated diminished neural activity in the amygdala – a brain region involved in the encoding and storage of fearful memories – in the group that had the fear memory recalled and then underwent extinction ten minutes later.

The decreased amygdala activity was not observed in subjects where extinction followed recall after a prolonged delay. So the extinction treatment had to occur soon after the memory was recalled, otherwise the treatment had no effect.

Memory reconsolidation may prove useful in treating drug addiction. Showing an addict a syringe and then extinguishing that memory by not giving the patient access to drugs may break the associative link between the stimulus and the rewarding drug.

Similarly, administering anxiety-decreasing drugs in conjunction with recall of traumatic experiences may persistently disrupt a fear memory and may give PTSD patients genuine remission, allowing an escape from traumatic memories.

Of course, ethical implications underpin the selective removal of memories. In the case of alleviating traumatic memories in PTSD or reducing drug craving it has great benefits, but what if we could simply forget a relationship that ended badly?

Our memories – good or bad – form parts of our identities and simply removing aspects of our character may have serious consequences.

Amy Reichelt is a Research Fellow in Behavioural Neuroscience at UNSW.

What is déjà vu and why does it happen?