Science alone is not enough to swing the pendulum of public opinion towards supporting policy that will slow the quickening pace of climate change, argues Ben Newell. 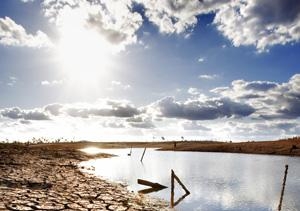 OPINION: Does scientific knowledge matter in the climate debate? Recent research suggests that it is not “what you know” but “who you are” that counts in making up your mind about climate change.

What are the implications for the climate debate? Does it mean that initiatives to educate the public are fundamentally flawed and destined to fail? Not necessarily.

Dan Kahan and colleagues reported a small negative correlation between scientific literacy and concern about climate change – but not for everyone in their sample. Specifically, those participants identified as “hierarchical individualists” (HI) showed the negative trend, but those who were “egalitarian communitarian” (EC) showed the opposite pattern – more literate, more concern.

Put crudely, HIs are opposed to government intervention and restrictions on industry, whereas ECs favour intervention and are suspicious of industry and commerce. The argument then is that each group adopts a position on the scientific information that fits with their personal view and interests. It is not the knowledge per se that is important but how it is incorporated into the way you see the world.

So does this mean we should be abandoning attempts to communicate the science? If scientific understanding only “works” for the ECs, then are we just preaching to the choir?

This question is particularly pertinent for bodies like the Australian Climate Commission. Additional research shows Australia also has its share of HIs and ECs and that their respective beliefs about climate change follow the predicted pattern. Communitarians are four times more likely than their individualists cousins to believe that climate change is already happening.

Commentators have been quick to point out that there are serious risks in getting carried away with a “ditch the science” argument. Babies and bathwater spring to mind.

One important point is that Kahan et al did not measure scientific knowledge about climate change, but rather some basic scientific concepts (for example, is an electron smaller than an atom?). This information may or may not correlate with an understanding of how and why human activities affect the climate.

Large scale studies that have examined detailed knowledge of the causes and consequences of climate change do indeed find positive relationships between understanding, concern and intentions to behave pro-environmentally.

As noted by another commentator on the Kahan study, the Yale Six Americas Study found that 97% of respondents who identified themselves as “alarmed” about climate change received a “pass” on a test of climate knowledge compared to only 56% of those who were “dismissive”.

Others have argued strongly for the importance of getting the “mental model” rightbefore people will be willing to adopt policies or agitate for legislation that will address global warming. For example, if your understanding of global warming leads you to think that stabilising (rather than reducing) CO2 emissions is sufficient for stabilising the concentration of CO2 in the atmosphere – (as many people do)– then you might be less willing to support carbon reduction policies.

These studies all suggest that knowledge of the science can help. Indeed, one recent study found that just reading a simple 400-word description of the mechanism of global warming led to increased acceptance that climate change is real and happening.

So where does this leave us? Scientific knowledge certainly isn’t irrelevant to the debate – and it is clear that this was not the intended message of Kahan’s study (despite that spin being taken up by some in the media. But equally knowledge alone is not enough.

The Six Americas study mentioned above found that although the “alarmed” outscored the “dismissives” overall on tests of climate knowledge, for some questions performance levels reversed.

For example, only 66% of the “alarmed” correctly understood that the greenhouse effect refers to gases in the atmosphere that trap heat, compared to 79% of the “dismissives”. Despite this knowledge difference, the “alarmed” were much more likely to (correctly) say that switching from fossil fuels to renewables would do a lot to reduce global warming (89% alarmists vs 7% dismissives).

The picture that emerges from these various findings is that at one end of the spectrum there is a section of the public who will be “on board” with action on climate change almost regardless of how much science they know. At the other end there is a group who will never be on board, again regardless of how much or how little they know. For these groups, perhaps, the science doesn’t really matter.

But by definition there are lots of people in the middle of the spectrum. By far the largest group in the Six Americas study comprise the “concerned and cautious” (54% of the sample) – those who are neither rampant “alarmists” (or ECs) nor head-in-the-sand “dismissives” (or HIs).

In Australia a similar group has been identified in CSIRO surveys as the 40-50% who think climate change is happening but is mainly due to natural fluctuation, and thus presumably less of a concern. For this large middle ground – the people who are not sure about what is happening or about what they should do, and want to know more – simple, targeted science about the mechanisms, causes and consequences of global warming could prove invaluable.

Scientific knowledge is not a panacea. Science alone will not eliminate the debate between the polarised ends of the spectrum, but along with many other factors – (not least personal experience) – it can help swing the pendulum of public opinion towards supporting policy that will slow the quickening pace of climate change.

Ben Newell is an Associate Professor of Cognititve Psychology at UNSW and an Australian Research Council Future Fellow.