Stable investment in research and development is vital to Australia's economic future, yet only the Greens so far have released a dedicated policy, writes Merlin Crossley. 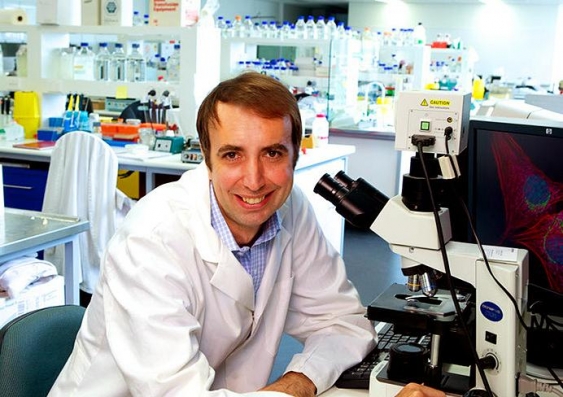 OPINION: Building the knowledge economy and a national innovation system should be a priority in the upcoming election but, as of today, only the Greens have released a dedicated research and development policy.

The policy covers a range of important issues – and, interestingly, it builds upon fragile earlier initiatives from both sides of politics and adds a few new ideas as well.

You may have forgotten the earlier reviews and initiatives that both the Coalition and Labor provided – but think back a few years.

In 2007, when Labor won the election, the new minister for innovation Kim Carr made a major contribution to research support in Australia. He emphasised the importance of the Australian Research Council (ARC), maintained funding for NCRIS and introduced the Super Science money.

The Cutler Review of Innovation in 2008 concluded that cross-subsidising research via teaching was unsustainable and the Sustainable Research Excellence scheme was born.

New buildings popped up and we continued to sail into the Asian Century – with our education system contributing to the economy and to soft diplomacy as international students and researchers came our way.

Then suddenly all momentum was lost. Beginning with the the 2012-13 Mid-Year Economic and Fiscal Outlook (MYEFO) cuts and then the new tertiary education minister Craig Emerson’s odd decision to fund high schools by cutting universities, the knowledge economy that had started was now suddenly stopping.

The first part of the Greens’ policy is designed to put an end to this type of start-stop funding. It argues that we simply have to agree that the knowledge economy requires stable investment. The Greens aim for 3% of gross domestic product, up from the current level of 2.2%.

But the amount is less important than the recognition that a stable foundation is indispensable.

If we can move from sporadic election Christmas lists that depend on the personality and vision of individual ministers to an agreed proportion of reinvestment in innovation then Australia will be well placed for the future.

Other parts of the Greens’ document also speak to stability. The Future Fellowships scheme will be sustained by A$33m per year, the Sustainable Research Excellence scheme will be restored by an injection of A$342m, and NCRIS will continue under a A$230m National Infrastructure Facilities Council.

In addition to this there would be an extra A$250m or 10% for both the ARC and the National Health and Medical Research Council (NHMRC).

The Greens have noted Australian Academy of Science advice and recommend investment of A$49m to maintain the links to Asia but also to introduce broader international grants for mid-career researchers, and for research with companies overseas.

The major parties have talked about cutting red tape and the Greens also intend to reduce the administrative burden. They have several proposals such as moving towards five-year rather than three-year grants and supporting investigators with proven capacity with easily renewable funding.

The details of how this is done are important but it could work. If it did, it would not necessarily cost a great deal, and the pay back in terms of efficiency at the coal face could be remarkable.

The Greens also have another idea for cutting red tape. While the Coalition has focused on medical research and Kim Carr emphasised the ARC, the Greens’ policy considers both – and there could be efficiencies here.

In particular, there is a plan to put A$141m towards the indirect costs of medical research. The idea seems to be to move towards a system where the indirect costs of research are supported uniformly whether the work is done at a university, medical research institute or hospital. Sorting this out and generally aligning the NHMRC and ARC where possible is something worth thinking about.

Recently Labor announced the McKeon Research Package that would include A$125m of public funding to support the translation of research and the Coalition has also made a commitment to streamline clinical trials.

The Greens have incorporated two translational research proposals to support translation to the clinic – a Matching Development Grant Scheme of A$30m and a translational biotech fund of A$10m as recommended by the McKeon Review.

The Greens also have two distinctly new proposals. One is a fund to support women in research. New efforts in this area could be very beneficial.

The other initiative is to support open access publishing. The open access movement is gathering momentum but the money for disseminating research has to come from somewhere.

The Greens idea of supporting open access publishing is reminiscent of the UK foundation Wellcome Trust’s support and may represent a new policy that may also have significant effects in the future.

The Greens have obviously been reading the major reviews of the innovation and education systems, and listening to academics, and they plan to bolster the foundations and restore the momentum that was established before the global financial crisis and the obsession with Australia’s modest deficit slowed things down.

Their vision is clear but how will they pay for it? Apparently by removing the concession on fossil fuels enjoyed by the mining sector.

The intended and unintended consequences of this are beyond my expertise so I will have to leave it to others to tell me whether this plan is feasible.

Although the Greens are unlikely to win the election it looks like they could contribute in another important way – by lifting research and innovation up the agenda and possibly influencing the policies of the major parties.