UNSW scientists have discovered a new form of non-genetic inheritance, showing for the first time that offspring can resemble a mother’s previous sexual partner – in flies at least. 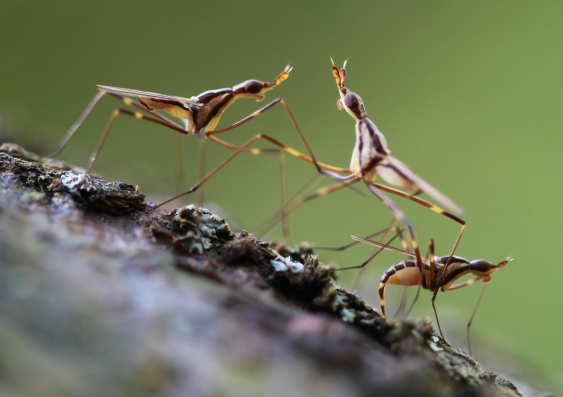 Scientists have discovered a new form of non-genetic inheritance, showing for the first time that offspring can resemble a mother’s previous sexual partner – in flies at least.

This confronting idea, known as telegony, dates back to ancient Greek times, but was discredited in the early 20th Century with the advent of genetics.

“Our discovery complicates our entire view of how variation is transmitted across generations, but also opens up exciting new possibilities and avenues of research. Just as we think we have things figured out, nature throws us a curve ball and shows us how much we still have to learn,” says lead author Dr Crean.

The researchers propose that the effect is due to molecules in the seminal fluid of the first mate being absorbed by the female’s immature eggs and then influencing the growth of offspring of a subsequent mate.

The study is published in the journal Ecology Letters.

The team produced large and small male flies by feeding them diets as larvae that were high or low in nutrients. They then mated the immature females with either a large or a small male.

Once the females had matured, they were mated again with either a big or a small male, and their offspring were studied.

“We found that even though the second male sired the offspring, offspring size was determined by what the mother’s previous mating partner ate as a maggot,” says Dr Crean.

Despite major advances in genetics, many questions remain about how some traits are inherited.

“We know that features that run in families are not just influenced by the genes that are passed down from parents to their children. Various non-genetic inheritance mechanisms make it possible for maternal or paternal environmental factors to influence characteristics of a child,” says Dr Crean.

In the flies, for example, it has been shown that males that are well-fed as larvae go on to produce big offspring.

“Our new findings take this to a whole new level – showing a male can also transmit some of his acquired features to offspring sired by other males,” she says. “But we don’t know yet whether this applies to other species.”

The idea of telegony – that a male can leave a mark on his mate’s body that influences her offspring to a different male – originated with the Greek philosopher Aristotle. It was a concern to royalty in the 1300s and still popular as a scientific hypothesis in the 1800s but rejected in the early 1900s as incompatible with the new science of genetics.

Engaging the public with science can yield unexpected rewards