Pain may have positive social consequences, acting as a “social glue” that fosters cohesion and solidarity within groups, new UNSW-led research suggests. 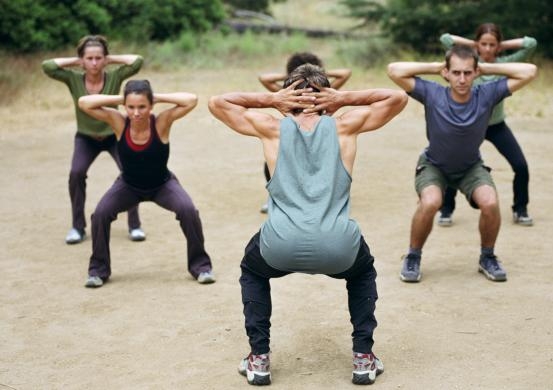 Pain may have positive social consequences, acting as a sort of “social glue” that fosters cohesion and solidarity within groups, new research suggests.

A team led by UNSW psychologist Dr Brock Bastian examined the link between pain and social bonding in a series of experiments where undergraduate students had to put their hands in very cold water or do wall squats.

“Our findings show that pain is a particularly powerful ingredient in producing bonding and cooperation between those who share painful experiences,” says Dr Bastian.

“The findings shed light on why camaraderie may develop between soldiers or others who share difficult and painful experiences.”

In the first experiment, the researchers randomly assigned 54 students to perform either a painful task or a similar, relatively painless, task in small groups.

The students submerged their hand in a bucket of water and were tasked with locating metal balls in the water and placing them into a small underwater container. For some, the water was painfully cold, while for others the water was room temperature.

A second task required the students to either perform an upright wall squat, which is typically painful, or to balance on one leg with the option of switching legs and using balance aids to avoid fatigue.

The students then rated statements designed to measure how they felt about their group, such as “I feel part of this group of participants,” or “I feel a sense of loyalty to the other participants”.

They did, however, show significant differences in group bonding. Students who performed the painful tasks reported a greater degree of bonding than did those who performed the pain-free versions, even after the researchers accounted for participant age, gender, and the size of the group.

And the researchers found that shared pain not only increases a sense of solidarity, it can also boost actual group cooperation.

In an experiment with another set of students, each group played a game that involved choosing numbers between 1 and 7. If everyone in the group chose 7, they would get the highest payoff. But if they chose different numbers, those who picked lower numbers would get a greater payoff.

The researchers found that students who had performed painful tasks as a group tended to pick higher numbers than those who performed the pain-free tasks, suggesting that they were more motivated to cooperate with the group.

“This finding puts the ‘pain as social glue’ hypothesis to a rigorous test, highlighting that people not only feel closer to others, but are willing to risk their own outcomes to benefit the group,” says Bastian.

The researchers point out that the groups, created by random assignment, did not reflect any sort of shared identity other than their task-related experiences. The pain experienced by some of the students seemed to serve a unique causal function, focusing the students’ attention on the shared pain and, ultimately, promoting group cohesion.

These findings offer insight into many social, religious, and even sexual practices around the world that involve some element of pain. But the researchers argue that the findings may be relevant in a much broader sense to many of our everyday experiences:

“These kinds of painful experiences may be relatively common,” says Dr Bastian. “Our findings therefore may have implications for understanding social processes apparent in settings such as boot camp-style physical training programs, team sports, executive challenges, and other physically challenging experiences shared with others. Sharing a spicy meal with friends may even have positive social consequences.”

Can we love happiness? Or do we then risk more sadness?