With thanks: Gratitude can win you new friends

Old-fashioned good manners and a simple thank you are among the best ways to establish new relationships, UNSW research shows. 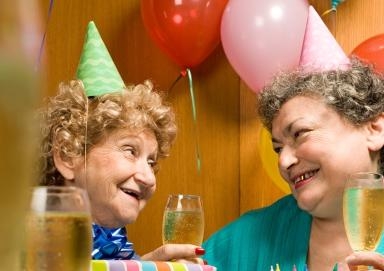 Saying thank you provides a valuable signal that you are someone with whom a high quality relationship could be formed. Photo: Thinkstock

Parents have long told their children to mind their Ps and Qs, and remember to say thank you. Now the evidence is in on why it matters.

A UNSW-led study has shown for the first time that thanking a new acquaintance for their help makes them more likely to seek an ongoing social relationship with you.

“Saying thank you provides a valuable signal that you are someone with whom a high quality relationship could be formed,” says UNSW psychologist Dr Lisa Williams, who conducted the research with Dr Monica Bartlett of Gonzaga University in the US.

The study, published in the journal Emotion, involved 70 university students who provided advice to a younger student. Some of those advice-givers were thanked for their advice.

The study was designed to test a theory proposed two years ago to explain the benefits to individuals and society of the emotion of gratitude. This find-remind-and-bind theory suggests gratitude helps people develop new relationships (find), build on existing relationships (remind), and maintain both (bind).

The study tested the first aspect of the theory – finding.

The university students were led to believe they were mentoring a high school student, and were asked to comment on a university admissions essay, supposedly written by the mentee.

In reply, all mentor participants received a hand written note from their supposed mentee. In about half the cases the note included an expression of gratitude: “Thank you SO much for all the time and effort you put into doing that for me!”

The university students who were thanked were more likely to provide their contact details, such as their phone number or email address, for the mentee than those who were not thanked.

The grateful mentees were also rated as having significantly warmer personalities. The results suggest that the reason why people ‘find’ grateful others is because of this perceived warmth.

Perhaps surprisingly, this kind of experiment had not been conducted before.

“With more people communicating by social media, such as Facebook and Twitter, it would be interesting to find out whether just observing someone express gratitude increases another person’s desire to form a relationship with them.”

Can a mathematical equation really be the formula for happiness?

The science of romance – can we predict a breakup?