Tropical rabbitfish devastating algal forests in the eastern Mediterranean Sea pose a major threat to the entire sea basin if their distribution continues to expand as the climate warms, a UNSW-led study warns. 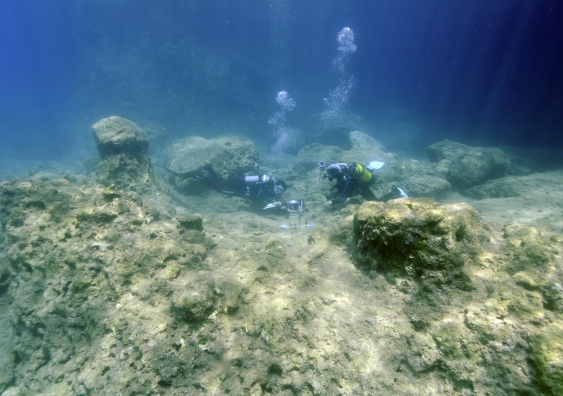 The tropical rabbitfish that have devastated algal forests in the eastern Mediterranean Sea pose a major threat to the entire sea basin if their distribution continues to expand as the climate warms, a new study warns.

The study, by an international team of researchers led by UNSW's Dr Adriana Vergés and Dr Fiona Tomas of the Mediterranean Institute for Advanced Studies in Spain, is published in the Journal of Ecology.

It follows recent research by Dr Vergés showing the migration of tropical fish is also a concern for Sydney Harbour and other Australian waters.

For the latest study, members of the team surveyed more than 1000 kilometres of coastline in Turkey and Greece, where two species of rabbitfish have become dominant since they moved into the region via the Suez Canal.

The two tropical rabbitfish species were first reported in the eastern Mediterranean in 1927 and 1956 and have recently been found living as far west as Croatia and the south of France.

“Increased feeding by plant-eating tropical fish in temperate waters as a result of ocean warming is an issue of global importance that has the potential to transform marine ecosystems, as has also been seen in Japan.”

Algal forests, or seaweeds, provide food and shelter to hundreds of species, and fulfil a role similar to trees in terrestrial forests.

To find out why algal forests were disappearing in the eastern Mediterranean, the researchers filmed a series of experiments and recorded the feeding rates of rabbitfish and other species.

They found it was not necessarily a case of the tropical fish eating more algae than the native fish.

“This research highlights the need to work out how the interactions between different species will change in a warming ocean.”

The team included researchers from Australia, Spain, Turkey and Greece.