Opinion What is déjà vu and why does it happen?

So far there is no simple explanation for déjà vu, but advances in neuroimaging techniques may aid our understanding of memory and the tricks our minds play, writes Amy Reichelt. 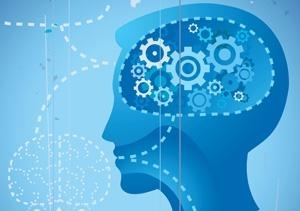 OPINION: Have you ever experienced a sudden feeling of familiarity while in a completely new place? Or the feeling you’ve had the exact same conversation with someone before?

This feeling of familiarity is, of course, known as déjà vu (a French term meaning “already seen”) and it’s reported to occur on an occasional basis in 60-80% of people. It’s an experience that’s almost always fleeting and it occurs at random.

So what is responsible for these feelings of familiarity?

Despite coverage in popular culture, experiences of déjà vu are poorly understood in scientific terms. Déjà vu occurs briefly, without warning and has no physical manifestations other than the announcement: “I just had déjà vu!”

Many researchers propose that the phenomenon is a memory-based experience and assume the memory centres of the brain are responsible for it.

It has been proposed that familiarity detection depends on rhinal cortex function, whereas detailed recollection is linked to the hippocampus.

The randomness of déjà vu experiences in healthy individuals makes it difficult to study in an empirical manner. Any such research is reliant on self-reporting from the people involved.

Glitches in the matrix

A subset of epilepsy patients consistently experience déjà vu at the onset of a seizure – that is, when seizures begin in the medial temporal lobe. This has given researchers a more experimentally controlled way of studying déjà vu.

Epileptic seizures are evoked by alterations in electrical activity in neurons within focal regions of the brain. This dysfunctional neuronal activity can spread across the whole brain like the shock waves generated from an earthquake. The brain regions in which this electrical activation can occur include the medial temporal lobes.

Electrical disturbance of this neural system generates an aura (a warning of sorts) of déjà vu prior to the epileptic event.

By measuring neuronal discharges in the brains of these patients, scientists have been able to identify the regions of the brain where déjà vu signals begin.

It has been found that déjà vu is more readily induced in epilepsy patients through electrical stimulation of the rhinal cortices as opposed to the hippocampus. These observations led to the speculation that déjà vu is caused by a dysfunctional electrical discharge in the brain.

These neuronal discharges can occur in a non-pathological manner in people without epilepsy. An example of this is a hyponogogic jerk, the involuntary twitch that can occur just as you are falling asleep.

It has been proposed that déjà vu could be triggered by a similar neurological discharge, resulting in a strange sense of familiarity.

Some researchers argue that the type of déjà vu experienced by temporal lobe epilepsy patients is different from typical déjà vu.

The déjà vu experienced prior to an epileptic seizure may be enduring, rather than a fleeting feeling in those who don’t have epileptic seizures. In people without epilepsy the vivid recognition combined with the knowledge that the environment is truly novel intrinsically underpins the experience of déjà vu.

Déjà vu in healthy participants is reported as a memory error which may expose the nature of the memory system. Some researchers speculate that déjà vu occurs due to a discrepancy in memory systems leading to the inappropriate generation of a detailed memory from a new sensory experience.

That is, information bypasses short-term memory and instead reaches long-term memory.

This implies déjà vu is evoked by a mismatch between the sensory input and memory-recalling output. This explains why a new experience can feel familiar, but not as tangible as a fully recalled memory.

Related to this theory, it was proposed that déjà vu is a reaction of the brain’s memory systems to a familiar experience. This experience is known to be novel, but has many recognisable elements, albeit in a slightly different setting. An example? Being in a bar or restaurant in a foreign country that has the same layout as one you go to regularly at home.

Even more theories exist regarding the cause of déjà vu. These span from the paranormal – past lives, alien abduction and precognitive dreams – to memories formed from experiences that are not first-hand (such as scenes in movies).

So far there is no simple explanation as to why déjà vu occurs, but advances in neuroimaging techniques may aid our understanding of memory and the tricks our minds seem to play on us.

Amy Reichelt is a Research Fellow in Neuroscience at UNSW.

Remembering to forget: how to erase unwanted memories