Alison Ritter has moved the Drug Policy Modelling Program from Medicine to Arts & Social Sciences to have more impact on drug policy.

Developing informed policy on managing the dangers of pill use is more than just a health issue, says Professor Alison Ritter. Photo: Shutterstock

Professor Alison Ritter is making an impact from the inside, an evidence-based voice of reason to government working to create effective drug policy.

The drug policy scholar at UNSW has risen to national prominence in recent months due to her headline-making research on pill testing.

Calls for pill testing have been continuously ignited by researchers and rejected by the NSW government, after six drug-related deaths at Australian music festivals in the last six months.

“There seems to be no reason not to trial pill testing in Australia,” the professor says. 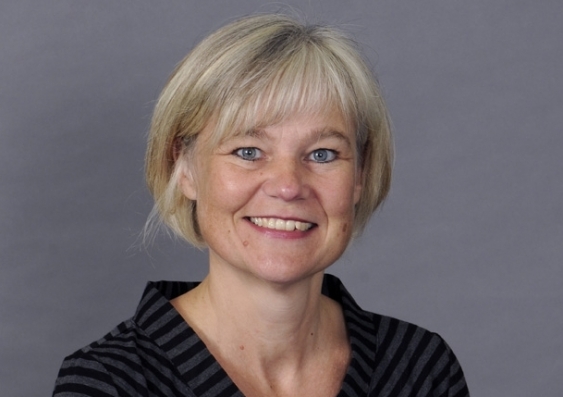 Professor Alison Ritter: "How can we increase their opportunities to exercise good judgement?"

“It’s only one intervention ... getting a balanced approach is really important, but pill testing is also a very cheap intervention.”

The pill testing debate is an example of the challenges the internationally recognised drug policy scholar faces as Director of the UNSW Drug Policy Modelling Program (DPMP).

While she is quick to point out that pill testing is not a panacea, Professor Ritter adds there’s no international evidence that drug use has increased in association with testing.

“There’s no logic to the argument that it will increase [drug] use, because these are people who have already chosen to purchase and use drugs, and now they want to make a more informed choice about whether to consume them or not,” she says.

“Preferably they’d choose not to use drugs, that’s the safest option, but given they’ve already made that choice, how can we increase their opportunities to exercise good judgement?”

Researchers know that people change their behaviour when pill testing is available, she says, and that is likely to be associated with a reduction in harm.

The internationally recognised professor says an identical argument was the start of the provision of clean injecting equipment to drug users to prevent HIV in 1985.

“That didn’t encourage people to inject drugs – they were already injecting drugs unsafely ... now Australia has the lowest HIV rate in the world.”

The DPMP’s remit is threefold: generate research evidence on topics of concern for governments; translate research into usable information for policymakers; and study policy process.

Professor Ritter says there are enormous challenges in balancing the three areas of the program.

'There’s no logic to the argument that it will increase [drug] use, because these are people who have already chosen to purchase and use drugs, and now they want to make a more informed choice about whether to consume them or not.'

A researcher can have the best evidence in the world and translate it “really effectively, but politics, public opinion, ideology … aspects of human rights come into [policy]”.

“So for any one politician or decision maker to make a decision about what to do about drugs, whatever that might be, it’s not just the evidence that matters, it’s a whole lot of other things.”

It was the federal government’s proposal to drug test welfare recipients which led her to move the 12-year-old program from the National Drug and Alcohol Research Centre (NDARC) in Medicine to the Social Policy Research Centre (SPRC) in the Faculty of Arts & Social Sciences.

“Social security is a right … and [under the proposed Bill], if welfare recipients were using drugs, they’d be kicked off welfare or placed on a debit card arrangement,” she says. “I was outraged on a moral and ethical level.”

The professor wrote a submission to the Senate Inquiry on the issue.

“It’s a very complicated political process, but it made me aware that if we were really going to get traction on drugs, we needed to think not just in terms of health.”

The challenges of translating research into policy is something the professor will discuss at an SPRC seminar on 12 March.

Professor Ritter says the move from Medicine to Arts & Social Sciences was about having more impact by “bringing the best of health and social sciences together”.

“No one seems to have really tackled the connection between drug policy and social welfare policy in Australia,” she says.

“And I saw this possibility that the way we think about drugs from a more social policy point of view might actually break some of the stalemate we currently have both in research and in policy.”

An example of the multidisciplinary program’s research is government’s use of competitive tendering for alcohol and drug treatment.

“We want governments to commission and purchase treatment with a mechanism we know is associated with better client outcomes in treatment,” she says. “Our research is the first to attempt to produce such evidence.”

The program is also looking at why the NSW police uses sniffer dogs, yet “it’s quite clear that they don’t work”.

“The [2006] NSW Ombudsman report found that 74% of the time, the dogs are wrong … yes they can smell but they don’t find drugs in the vast majority of cases, and the person who has been detained has been searched, sometimes strip searched based on a dog’s indication,” she says.

“So there’s a problem with this approach to policing, and yet the NSW police are enthusiastic and prolific in their use of dogs.”

'I’m passionate about everyone being given the opportunity to thrive and to be the best that they can be, and that includes the person who is injecting crystal methamphetamine every day.'

The director describes herself as passionate about alcohol, illicit drugs, social justice and human rights.

“I’m passionate about everyone being given the opportunity to thrive and to be the best that they can be, and that includes the person who is injecting crystal methamphetamine every day,” she says.

“I genuinely care about people who are affected by alcohol and other drugs, and I understand that from my clinical work.”

She says she knew at the age of 12 that she wanted to be a clinical psychologist, but after graduation she discovered there were no jobs for her.

“One of my supervisors said, ‘Look, I'm really sorry Alison, I can get you in through the back door, but it's in alcohol rehabilitation with men who have brain injury. I know, you probably don't want it.’,” she says.

Professor Ritter spent eight years at the clinic – which expanded to include people who used illicit drugs, providing group work counselling – when she became curious about brain injury.

“We had entry criteria into our therapeutic programs that said if someone had too much brain injury, we would exclude them. I thought, where is the evidence base for that?” she says.

That curiosity led to a PhD, and after the Victorian government closed the service, she went into policy work for the government.

A stint in research and training and clinical work at a non-government organisation attracted the attention of the Colonial Foundation Trust, which wanted to invest in a drug policy program.

“By 2006, I had $7.6m to establish a new program and I thought I probably should try to do this in a university,” she says. “Could I get away with being an academic maybe?”

That led her to set up the DPMP at NDARC, “the best national and international research centre for alcohol and drugs”.

“It is an incredible challenge to change one’s drug-using behaviour and to deal with all of the complexities of having an addiction,” Professor Ritter says.

“Ultimately, all of my work is about those people, making a difference to them.”

Professor Alison Ritter will discuss translating research into policy at a Social Policy and Research Centre seminar on 12 March.