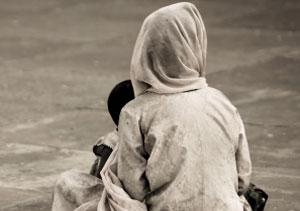 OPINION: Writing in The Daily Telegraph, ahead of the budget, federal Treasurer Wayne Swan wants all 'All Australians to share the wealth.' As he says: "readers want nothing more than a fair go for themselves and their families. It's what I firmly believe in, and it's what the Gillard Labor government is all about." Pitching his fifth budget he goes on to say the federal budget: "…will deliver a real dividend for low and middle income Australians all over Sydney and NSW."

Described as the 'battlers budget' - in a not so subtle appeal to swing seats in NSW, mainly in the West and South West suburbs of Sydney - the narrative underpinning the Gillard-Swan budget is that some people matter more than others. While the Gillard Government will retain their commitment to social democratic programs like the National Disability Insurance Scheme, the cost will come in some part from a significant decline in foreign aid.

It also reduces the likeliness of Australia increasing its presence in the U.N., another Rudd dream. The U.N., along with numerous regional and international non-government aid agencies will notice Australia's retraction. It might win votes in the suburbs of large Australian cities for which foreign aid is a zero sum – if we spend money over 'there' there is less money to spend 'here'. But the cost to Australia's regional and international persona will be significant. Gillard's lack of credibility is delivering promises is again under fire.

The decrease in foreign aid means the Gillard Government will not fulfil the Labor Party's policy pledge at its 2011 National Conference to double its foreign aid budget by 2015. The $8 billion pledge has been razored to save the surplus with an extra $1.5 billion. In 2007, then Prime Minister Kevin Rudd promised to reach a target of 0.5 per cent of Gross Domestic Product (GDP) on foreign aid. This was an increase from 0.35 per cent. Rudd argued it would: "…provide us [Australia] with the funding base in order to plan long term to intervene effectively with the economic underdevelopment of the region." On becoming Prime Minister Julia Gillard was asked if she would keep this commitment. She responded: the Government is committed to the millennium development goals."

The millennium development goals (MDG) were adopted by states, including Australia, in 2000 to be achieved by 2015. Numerical benchmarks were set to tackle extreme poverty by providing a framework for the international community to work together towards a common end of cutting global poverty in half, saving tens of millions of lives, and giving billions more the opportunity to benefit from the global economy. The eight MDGs were to: eradicated extreme poverty and hunger; to achieve universal primary education; to promote women's empowerment and equality; to reduce child mortality; to improve maternal health; combat diseases such as HIV/AIDS and malaria; to ensure environmental sustainability; and to develop global partnerships for development.

As Tim Costello, of World Vision Australia of persuasively argues: "…charity begins at home and the subtext of the 2012 federal budget is that "it ends at home". We'll just look after ourselves. And it's as if we set up a false contest of suffering, that we've got problems, floods, bushfires, so we'll just look after ourselves and forget our moral duties to the 1.4 billion in poverty…In 1960, 60,000 kids died each day. We halved that to 30,000 kids dying each day just two years ago. It's down now to 22,000 children dying each day. A lot of that's actually due to very simple aid interventions - rehydration kits for kids with diarrhoea, which is the biggest killer, mosquito nets, vitamin supplements. We are saving lives…"

Arguably Rudd's commitment to the MDG's and an increase in GDP spending on foreign aid was driven by his desire to have Australia seen as a good global citizen rewarded with an increased presence at the higher levels of international politics; notably the U.N. with Australia rewarded with a seat on the U.N. Security Council. In gutting foreign aid spending the latter is now unlikely. Hence, the Gillard-Swan decision is perhaps the ultimate triumph against Kevin Rudd.

The 'battlers budget' will allow Gillard to provide a surplus, estimated at $1.5 billion. The education and carbon tax handouts will boost domestic spending but probably on imported goods. All however, at the cost of the world's poorest and most in need. It is not a budget of generosity of spirit from a nation spared the economic nightmares of the U.K., Europe, Africa, most of Asia and Latin America. Moreover, declining aid directly results in more displaced people: refugees wandering the world, some of who will end up in Australia via leaky boats.

While the International Monetary Fund says a budget surplus would put Australia in a better position to "absorb the blow from future economic shocks" the decision to reduce foreign aid will mean Australia will have to pay more in both its regional-international reputation and to detain the asylum who will seek refuge. As Oxfam Australia has counselled, the federal government should "keep her promise to the world's poorest people". Executive director Andrew Hewett said giving "50 cents of every $100 of the country's income to the most needy was achievable."

Jo Coghlan lectures in the School of Social Science at UNSW.