A political leader always needs to judge when to push ahead of, and when to pull back to, public opinion, writes Mark Rolfe. 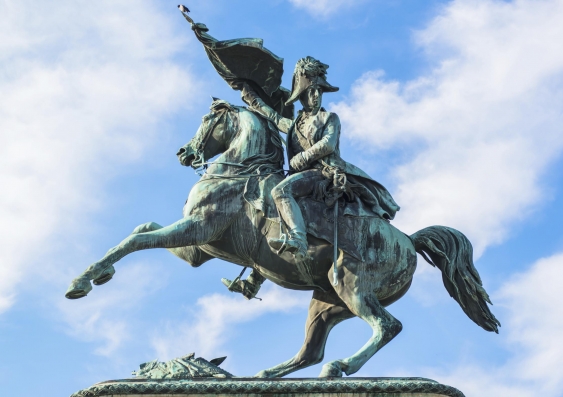 OPINION: It was the bloodshot eyes that conveyed to one journalist the strain and weariness weighing upon prime minister Tony Abbott as he dealt with the MH17 tragedy. Australians learned of the office naps between the 20 or more calls to foreign leaders and the working dinners with the military chiefs. Abbott’s dogged aggressiveness in pressuring Russian president Vladimir Putin to do what was right for all who had perished was on show from day one.

As might be expected, sections of the Twitterverse cynically derided Abbott for using the tragedy to burnish his image as national leader after months of bad polls, much in the way then-prime minister John Howard purportedly exploited 9/11. Even given the state of the polls, it didn’t seem to be Abbott’s primary motivation.

In his response to MH17, Abbott acted according to some personal and cultural expectations of leadership.

The MH17 disaster has exposed a deep attachment to the idea that a “real” leader is one who leads the nation in war and/or national emergency, such as wartime British prime minister Winston Churchill. Reinforcing this is the yearning among politicians and the public alike for a position above partisan politics, much like a US president, to unify the nation at certain important moments.

Howard, for example, did this after the Port Arthur shootings and became mourner-in-chief. Later, Howard spoke of used what he called “the bully pulpit”, following an American idea of the leader as the nation’s orator.

This is where Abbott has positioned himself by inclination. As a boy, he was absorbed by books on heroes of history such as Julius Caesar, Francis Drake and Henry V, as we know from his book Battlelines. His mother bought the books, just as she told a group that young Tony would one day be pope or prime minister. This was one of many family affirmations that his destiny was to be a “future PM”.

After Abbott’s parents, Bob Santamaria “first encouraged [him] to try to exercise leadership”. During the Cold War, Santamaria was the intellectual light of the Democratic Labor Party, the National Civic Council and those fierce conservative Catholics who saw a crusade to save Australia from the communists. They pursued a vanguard strategy modelled on the Leninists they hated, involving a few dedicated ideological warriors to battle for control of key organisations.

Abbott’s idea of leadership was further entrenched when he went to Oxford where he studied Leo Strauss, another intellectual who disdained political participation. Strauss was suspicious of democracy and the masses and, like Santamaria, he distrusted liberalism, modernity and multiculturalism. Consequently, Strauss believed in the need for the wise few to conceal their views from the many and to deploy deceptions and illusions for the common good.

To be clear, Abbott is not a clone of these two men. And he is not the same as former Labor prime minister Paul Keating, but both men share a heroic conception of leadership as can be judged by Keating’s comment that:

In the same vein is billionaire Andrew Forrest, who recently demanded politicians show “courage” to enact his Indigenous welfare reforms. For reasons I’ve outlined previously, when a CEO starts rambling about political leadership, we should ignore them for more worthwhile pursuits like cleaning behind the fridge.

The singular heroic mode was Keating’s failing that led to defeat in 1996. It put him too far in front for too many people. A political leader always needs to judge when to push ahead of and when to pull back to public opinion.

Bob Hawke and John Howard were constantly juggling this dilemma. As a result they were carefully tending their various relationships: with cabinet, with their party and with the electorate.

Howard used his cabinet as a sounding board and as a means to keep ministers involved. He also respected the backbenchers while making sure he knew what was going on. Not surprisingly, his government did not leak and rebellions were minor.

It was when Howard got too far ahead of public opinion with Workchoices that he failed.

By contrast, Abbott has indulged his style of leadership with what he calls “leadership calls” – for example, paid parental leave, knighthoods and the dumping of proposed changesto Section 18C of the Racial Discrimination Act. These have surprised his side and led toleaks, rebellions and unravelling policies.

The desire for a “real” national leader based on a US president or Churchill overlooks several complications. The US president is not just a national symbol as head of state; he or she is also a partisan head of government hated by the other side, as we know from the vitriol directed at Barack Obama.There is always a tension in the office.

Also, ideas of Churchillian leadership came from the man himself, who wrote:

History will be kind to me, for I intend to write it.

This quotation reflects Churchill’s view of himself and his leadership in the Second World War. However, it glosses over the complexities.

Outside of war, Churchill was actually a very divisive partisan figure. There are many simplistic ideas that ignore the complications of leadership in the reality of representative democracy with all its antagonisms and differences. That is the realm where Abbott returns after the MH17 tragedy and that is where he has difficulties.

It is because of his mistaken view of leadership that Abbott is putting too much faith in public recognition by 2016 of his courage to tackle the economic problems with the budget. He has not properly tended the public relationships to justify such optimism.