Opinion Afghanistan 2014: no end in sight for foreign powers

We must recognise that war is a finite, extraordinary and unnatural state of affairs, not something entered into as a panacea capable of solving all problems, argues Ian Bickerton. 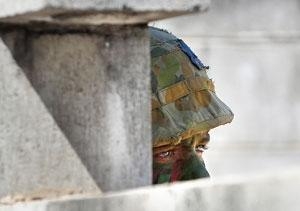 OPINION: There are a lot of questions hanging over the staged withdrawal of International Security Assistance Force (ISAF) troops, including the Australian contingent, from Afghanistan by 2014.

The main publicly stated purpose of the attack on the Taliban and Afghanistan (and indirectly Pakistan) was to destroy the al-Qaeda network responsible for the September 11, 2001 attacks on the US. Eleven years later it is still not clear how successful this war has been.

Several al-Qaeda leaders, including Osama bin Laden, have been killed, but al-Qaeda affiliated fighters have moved their militant operations to other countries such as Yemen, Mali and Niger, pursued by US Special Operations forces and drones.

Australia went into Afghanistan strong in the belief that it was a nation, like Iraq, that would welcome the future possibilities Western intervention offered. Afghanistan, however, is not Iraq; its population is divided ethnically, religiously, and geographically. The various tribal groups, although they possess a strong — virtually unbreakable — sense of national identity, do not want to be ruled by an externally imposed centralised government, especially one that is widely regarded as corrupt and inefficient. So when the ISAF forces leave, there will be a vacuum that the allied-trained Afghan National Army, made up primarily of non-Pashtuns, will not be able to fill.

The question is, who will be left behind if the 66,000 US forces and NATO troops leave Afghanistan in 2014 as planned? Will it be a very small force of counter-terrorist specialists, or will it be a larger counterinsurgency force of up to 20,000 members?

The latter seems the more likely. Under this scheme, the US would leave behind a force of at least 10,000 military personnel known as Special Forces, together with an unspecified number of non-American NATO (including Australian) troops located at joint US-Afghan forces bases. They would probably be the six US bases presently in operation, including Camp Leatherneck — which currently houses 20,000 marines — and Bagram Air Base in the North. These figures do not include the untold numbers of militarized US contractors who will remain as a integral component of the American presence.

They would be essentially nation building — something that former Defense Secretary Donald Rumsfeld has said the United States does not do. This involves securing the civilian population, engaging in counter-terrorism activities, building schools, digging village wells, and working with various tribal leaders and warlords against the unpopular ethnic-Pashtun Taliban.

What this means, among other things, is that US forces will be “partnering” local forces for some years to come, but, if Iraq is anything to go by, it is unlikely they will leave the safety of their jointly run bases.

President Obama is reluctant to leave large numbers of US troops in Afghanistan, whose function would not only be to keep the peace but also to protect the country from external interference from potential commercial and financial rivals such as Pakistan, China or even Russia. The ongoing presence of troops is expensive, and risks more American casualties.

On the other hand, the president does not want to abruptly bring home the troops and witness the chaos that ensued when US troops hastily evacuated Iraq. Obama, and his military advisers, much prefer the technological solution; surveillance and killer drones operating from bases in Afghanistan and neighbouring, friendly nations. The trouble is they, too, are expensive and do not always strike the desired targets.

The record of the intelligence services in this respect does not inspire confidence. Anti-terrorist tactics, with their tendency to target the wrong people, may well create as many terrorists as they eliminate.

The US is increasing its military presence and capability in surrounding countries; tanks and aircraft to Saudi Arabia, missiles to Qatar, Kuwait and Oman, and helicopters to Lebanon. This build-up and expenditure reflects not only the expected changed nature of the war in Afghanistan after the main ground forces depart, it also indicates Washington’s growing determination to deter Iran from expanding its nuclear program.

However, the world, and that includes Australia, should be concerned that we do not know what safeguards are in place to prevent, diminish or expand the policy of targeted killings by armed drones that the US has in place around the world. Not only have these strikes taken place in several countries, including, of course, Afghanistan and Pakistan, they are taking place without public authority, public debate, or public accountability. They are taking place in secret. This should be particularly troubling for Australians, as well as Americans, as it is contrary to the principles espoused by nations which are democratic and act under law.

After 11 years which have seen the death of thousands of Afghans, the spending of untold billions of dollars, carpet bombing, mentoring of the Afghan National Army, even courses in gender awareness, we are a long way from seeing a regime that is democratic or remotely free of corruption.

Afghanistan remains a country of war lords, drug lords and suicide bombers. A significant number of provincial districts are under the control of Taliban affiliated groups.

American troops will not be withdrawn in 2014, and victory will not be declared. Western leaders, including our own, allowed themselves to be seduced yet again by the lure of military power, believing they could transform one of the poorest, politically fragile, countries in the world into a functioning democracy.

It is time that we came to the realisation, as Pentagon lawyer Jeb Johnson is reported to have told a British audience, that “war must be regarded as a finite, extraordinary and unnatural state of affairs", not something that is a entered into as a panacea capable of solving all problems.

Ian Bickerton is an Honorary Associate Professor in the School of Humanities, UNSW.