People are more likely to turn to drugs in times of heightened stress and anxiety, says UNSW’s Dr George Dertadian. 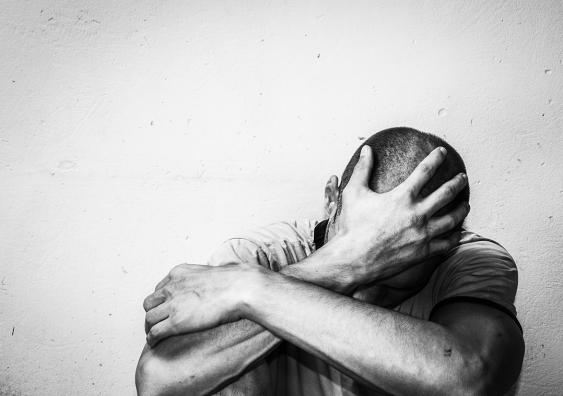 UNSW's Dr George Dertadian says it is very important to keep an eye on the way pharmaceutical opioids are being used and for what reasons during this time of heightened stress for many people. Photo: Shutterstock

UNSW’s Dr George Dertadian says the anxieties, stresses and strains people are dealing with in the pandemic could be influencing the use of drugs in society.

“The combination of these existential threats and personal problems have the potential to drive up the use of non-medical pharmaceuticals,” says Dr Dertadian, a social researcher who has published extensively on pharmaceutical opioids and the illicit drug markets.

“And they’re usually the pharmaceutical opioids that people have in their bathroom cabinets.” 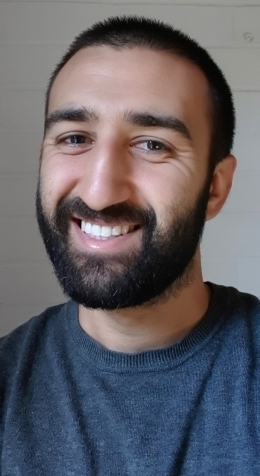 Dr Dertadian says that, from a social researcher’s point of view, these anxieties are less about the psychological state of individuals than they are about the threats to our ways of life.

“The connections people usually make to loved ones and supportive communities have been impacted,” says the Criminology lecturer from UNSW Arts & Social Sciences.

“People have lost their jobs or have seen significant decreases in the hours they work. They aren’t sure how long they will be able to stay on programs like JobKeeper and JobSeeker.

“And at the same time, they’re being asked to contribute to containing a public health pandemic by staying at a physical distance from their family and friends.”

Dr Dertadian says it is therefore “an understandable outcome” that people could be turning to substances, medical or otherwise, during these times of heightened anxieties and uncertainties.

No report is yet available on whether people have been taking more illicit drugs as a result, but a recent Outcome Health report shows there has been an increase in people seeking prescription medication for anxiety and depression.

In the years before the pandemic, Dr Dertadian says, his research with people who use painkillers found they were adapting their medications to suit their lifestyles.

“They’d listen to the political rhetoric and corporate-speak about the need to be highly flexible and enterprising individuals in order to survive in a modern world,” he says.

“And in a time where there is heightened stress, it would be very important to keep an eye on the way these medications are being used and for what reasons.”

Learning from past mistakes

Dr Dertadian says any Australian government policy proposal to address a potential increase in the non-medical use of antidepressants and anti-anxiety medications should note the lessons from the US opioid crisis.

“The restrictive and punitive policies that the US has pursued have only made the situation worse,” he says. 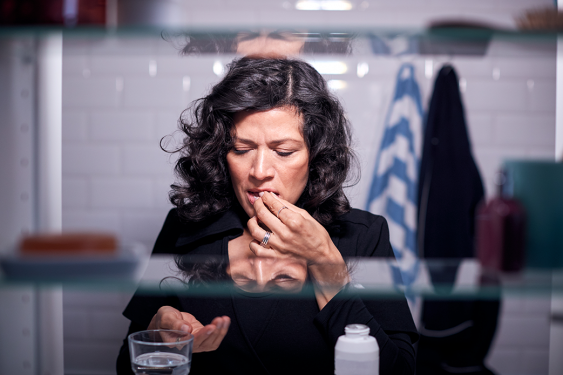 US Opioid crisis: a woman swallows a painkiller stocked in a bathroom cabinet. Photo: Shutterstock

Purdu Pharma used deceptive marketing practices in the 1990s to sell the opioid Oxycontin to people experiencing pain, which led to an increase in the availability of the drug.

“As a result, people were using the substance non medically and in much greater numbers in the US,” says Dr Dertadian. “And that was creating an increase in overdose deaths.

“In response, there was a crackdown on the availability of these medications.”

But that only made it worse, Dr Dertadian says, with many of those who had been using Oxycontin then switching to heroin.

Since 2013, the US has seen an increase in the use of the synthetic drug Fentanyl, which is 50 to 100 times stronger than morphine.

Dr Dertadian says this highly potent opioid is regarded as even easier to sell and is often “cut into heroin” which makes it a more lethal drug. “This means only a small amount can lead to an overdose,” he says.

Nearly 450,000 people in the US have died from overdoses as a result from taking prescription and illicit opioids from 1999 to 2018, according to statistics from the US Centre for Disease Control and Prevention.

Dr Dertadian says this case study from the US shows “that crackdown approach, that punitive approach, of simply removing these medications without actually addressing people's health needs, is a real concern and should be avoided at all costs.” 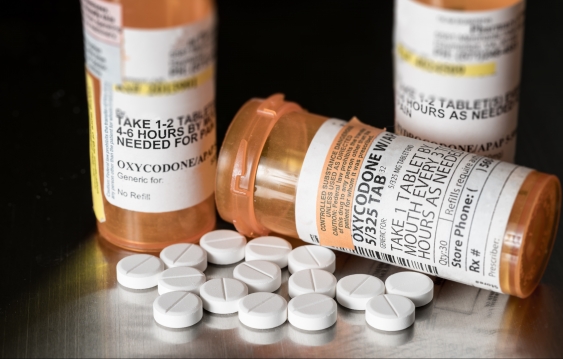 Oxycodone is the generic name for a range of opioid pain killing tablets, including Oxycontin. Photo: Shutterstock

Dr Dertadian says his research is based on the best available evidence that supports a harm reduction approach to assist people who experience problems with substances.

“Whether we are talking about the use of heroin and pharmaceutical opioids, or antidepressants and anti-anxiety medications, the aim should be to help people who want and need it,” he says.

Dr Dertadian says less than half of the people who want treatment for their drug and alcohol issues in Australia are able to secure a spot in a service.

“That’s a huge problem — we can’t help people without an increased capacity for treatment,” he says.

Dr Dertadian says police should also be referring people to drug and alcohol treatment and mental health services, rather than arresting and punishing those who use these substances.

“It is too often accepted without question that the role of the police is to be the enforcers of what has proven to be a dubious and counterproductive ‘war on drugs’,” he says.

“We also need to make it easier for people to have their needs met in the treatment sector. Most services are set up to deal with drug issues or mental health issues, yet most people don’t experience these problems in separate or discrete phases of their lives.

“Rather than turning people away because services are not set up to deal both kinds of treatment, we need a ‘no wrong door’ approach.”