Around two in every 100 people have sex characteristics between the male-female binary definitions. Training for doctors and other health workers needs to reflect this. 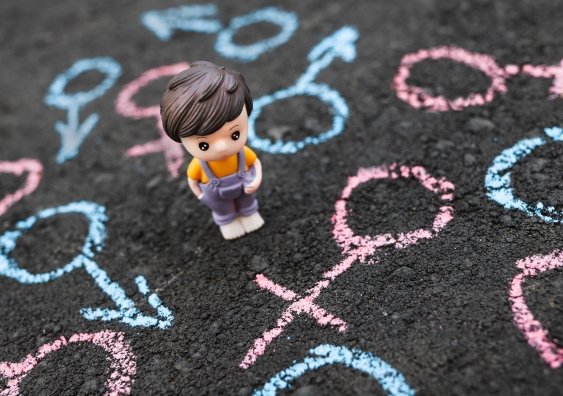 Scientists are learning more and more about human biological variation, including of sex characteristics. But images of the human body in anatomy remain mostly muscular, white, and male with limited diversity, including of sex.

Intersex people represent just under 2% of the population – a comparable percentage to people born with red hair. Yet anatomy textbooks used in Australian medical schools almost completely stick to the male-female sex binary. In our earlier research we found intersex was included in only five of 6,004 images across 17 texts. This marginalises intersex people, who have been persistently discriminated against within the health-care system.

The intersex community is the often forgotten “I” in LGBTQI+. Intersex Human Rights Australia highlights the need for increased visibility and to prevent unnecessary surgeries. Now there are fresh calls for health and medical students to learn about sex characteristics as a continuum rather than as male or female.

Development of sex in utero

Our sex is defined by our genes (Y or X chromosome), gonads (ovaries or testes), reproductive tract, and external genitalia.

Whether a foetus develops female, intersex or male characteristics is determined by four key elements. These are the Y chromosome and its sex-determining gene (SRY gene), and two hormones (anti-Mullerian hormone and testosterone).

A foetus with all four elements will develop male sex characteristics. 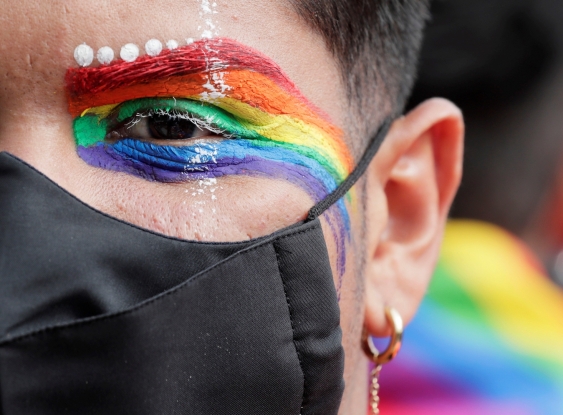 Intersex is the sometimes forgotten ‘I’ in LGBTIQ+ activism. Photo: EPA/Carlos Ortega

When all four elements are absent, female sex characteristics develop.

Without a Y chromosome and its SRY gene, the gonads develop into ovaries. Without anti-Mullerian hormone or testosterone production, the female reproductive tract and external genitalia develop.

The presence of some but not all of these elements results in the development of intersex characteristics.

The spectrum of sex variation

Intersex can include both or a combination of male and female sex characteristics, depending on variations in chromosomes, genes or hormones. This represents the continuum of the sex spectrum between the male and female binaries.

Intersex traits are not always visible at birth. Individuals may not realise they are intersex until puberty, or only if they undergo assessment for infertility or genetic testing.

There is a tragic history of irreversible surgical interventions in intersex infants and children. This was often without their consent, or with parents coerced to consent.

These surgeries have been to “normalise” external genitalia to a male or female binary. The impact of these procedures may violate human rights. They can be devastating for intersex people’s lifelong physical and mental well-being.

The UN Office of the High Commissioner for Human Rights description of intersex is having sex characteristics that “do not fit typical binary notions of male or female bodies”. But even this pathologises intersex by indicating that intersex people “do not fit”.

Normalisation of sex variation and increased visual representation of intersex in anatomy is necessary to reduce stigma.

The minimal visual representation of intersex people in anatomy textbooks can affect students’ attitudes towards this. We have previously found viewing gender-biased images of anatomy is associated with higher implicit gender bias. Today’s students are our next generation of doctors and health-care workers.

Teaching sex characteristics based on a male-female binary is inaccurate and outdated. We’ve also shown it negatively influences the healthcare of intersex individuals.

Inclusive teaching and knowledge of sex variation can be transformative beyond anatomy.

Teaching sex characteristics as a continuum will increase the visibility and understanding of intersex. Removing the stigma associated with sex (and other) variations in anatomy, and medical and health education is essential for optimal health, well-being, belonging and connection for everyone.