Opinion An answer to the race question

Should the referendum on Indigenous recognition be defeated, Australians would be branded to the world as self-conscious and deliberate racists, write Megan Davis and Marcia Langton. 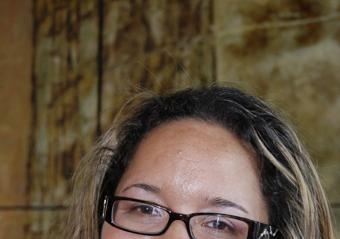 OPINION: In late 2010 Julia Gillard appointed us, as members of an expert panel, to provide her with a considered answer to the question: How could the indigenous peoples be recognised in the Australian Constitution?

The answer is largely a technical solution, a matter not understood by those who have rushed to the media before reading the report, handed to the Prime Minister only last Thursday.

Among our terms of reference was the proviso that our answers be legally sound. The report of the expert panel is about 300 pages in length and it examines in detail the problem posed to the panel by the Prime Minister.

The problem is complex because of potential unintended consequences. The risks were several and can be summed up in this way: if we change this part of the Constitution, there will be a consequence for another part and also for the law-making powers of the federal parliament.

This is why it is important that Australian leaders, including opinion leaders, read the report, especially Chapter 4, on forms of recognition...

We must proceed cautiously given the state of our citizens' understanding of these issues. Should the referendum question be defeated, the loss would result in disappointment and bitterness throughout Aboriginal Australia, and among all those Australians, such as Charlie Teo and his daughter, who have experienced racism. The question would not be put before the Australian voters again for at least a generation.

And equally, the loss would brand Australians to the world as racists, and self-consciously and deliberately so. The Prime Minister at least recognises that a referendum loss would be disastrous for the nation.

This is an excerpt of an opinion piece published in The Weekend Australian  (subscription required).