Opinion Are we stumbling towards a war with Iran?

OPINION: Relations between the United States and its ally Israel have descended into the worst crisis in years. Anthony Billingsley questions whether the situation will end in conflict. 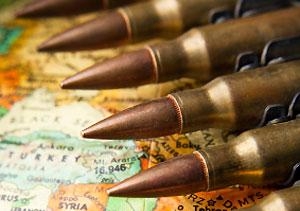 OPINION: Relations between Iran and the United States and its ally Israel have descended into the worst crisis in years. Concern is growing that the situation could quickly degenerate into conflict.

This was confirmed by US Secretary of Defence, Leon Panetta, earlier this month.

Powerplay
Iran is engaged in a struggle for regional hegemony with the US and Israel. Its nuclear programme has been subjected to a sabotage campaign, including attacks on individuals working for the nuclear establishment. The latest was the bombing death of a mid-ranking official at the Nantaz uranium enrichment facility. Israel has been accused of involvement in the campaign.

Tehran has responded aggressively. It announced its Ferdow plant near Qum had begun enriching uranium. Officials have vocally mused about closing the Strait of Hormuz, through which about 20% of the world’s traded oil supply passes. Iran has conducted military exercises in the Persian Gulf, tested a new short-to-medium range missile and threatened US warships should they approach the region.

All in the timing
The Obama administration’s handling of the crisis has highlighted the President’s weakness. Despite his desire to avoid action against Iran in an election year, domestic and external pressure is driving him to emphasise toughness while promoting negotiations, leaving the appearance of a weak and incompetent administration.

The issue is hostage to the election campaign. Obama reluctantly accepted drastic new sanctions adopted by Congress, which target Iranian’s Central Bank and are little short of an act of war. This has not been enough for Obama’s rivals and, with the exception of Ron Paul, Republican pretenders have attempted to outdo each other in their enthusiasm for war. Rick Santorum, for example, described the murder of Iranian nuclear scientists as “a wonderful thing”.

The neo-conservative network, long a supporter of war with Iran, has joined in with an article in Foreign Affairs magazine by Matthew Kreonig, “Time to attack Iran".

With friends like Israel …
Israel is the other threat to Obama’s Iran policy. In what may be an attempt to shore up his control of the far right in Israel and to undermine Obama’s re-election prospects, Prime Minister Netanyahu is threatening to attack Iran.

He argues that a nuclear-armed Iran would represent an existential threat to Israel and that Iran’s nuclear ambitions must be blocked. There is concern that Netanyahu will attack Iran or provoke Iran into violent reaction and draw the US in. Holding Netanyahu back is opposition from Israel’s security establishment.

The President, Defence Minister and former heads of armed forces Mossad and Shin Beit have all argued that, despite the rhetoric from President Ahmadinejad and other regime figures, were Iran to develop nuclear weapons, it would not attack Israel.

Unintended Iranian consequences
Iran’s ability to respond to this pressure is limited. Despite its bluster it is not militarily powerful. But pressure is building. Sanctions are beginning to bite and fear of an attack is growing. Parliamentary elections are due in March and the deteriorating economy poses a threat to the regime’s control. Ahmadinejad is struggling with domestic challengers and has shown himself willing to exploit confrontation with the US and Israel in order to strengthen his position.

Iran may initiate an assassination campaign in response to the murders of people involved in its nuclear programme. It could carry out its threat to disrupt oil supplies. While the regime has not decided to develop nuclear weapons, it is seeking the option of developing a weapon if needed. Tehran has indicated it is ready to resume negotiations over its nuclear activities with the five members of the UN Security Council and Germany (P5+1).

The campaign against Iran may, however, convince the regime that the West is not serious about negotiations, and could lead it to authorise nuclear weapons development.

Jaw jaw not war war
While Ahmadinejad and Khamenei represent a detestable regime and there are grounds for concern about Iran’s intentions over nuclear weapons, enhanced diplomacy rather than military action is needed. Experts in the US and Israel have warned that an attack would ultimately be unsuccessful.

Sanctions also have little impact. When sanctions started, Iran had no centrifuges. Sixteen years and many sanctions later, Iran has about 8,000 operational centrifuges and a supply of low enriched uranium. The danger is that key people in Washington and Tel Aviv are not listening.

Dr Anthony Billingsley is a lecturer in the School of Social Sciences and International Studies.