While the Australian arts scene is healthy, there needs to be more cultural diversity and recognition for the arts in general, writes William Yang. 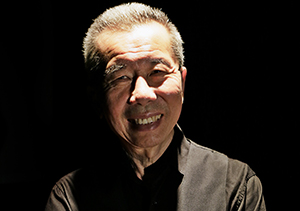 OPINION: One day, when I was about six years old, one of the kids at school called me "Ching Chong Chinaman, born in a jar, christened in a teapot, ha ha ha." I had no idea what he meant although I knew from his expression that he was being horrible to me. I went home to my mother and I said, "Mum, I'm not Chinese, am I?" And my mother looked at me very sternly and she said, "Yes, you are." Her tone was hard and I knew in that moment that being Chinese was some terrible curse and I could not rely on my mother for help. Or my brother, who was four years older, and very much more experienced in the world. He said, "And you'd better get used to it."

My sister Frances, my brother Alan and I were brought up in the Western way. None of us learnt to speak Chinese. This was made difficult by the fact that my father, a Hukka, spoke Hukka, whereas my mother, a See Yup, spoke Cantonese, so they spoke English at home. My mother couldn't see the point of teaching us Cantonese; she wanted us to be more Australian than the Australians.

My mother merely reflected the wider cultural attitude. Where I grew up in the '50s all "New Australians" (there were many migrants from Europe, mainly Italians, in Dimbulah in north Queensland where we lived) were expected to assimilate, to speak English. If you spoke a foreign language you were mocked.

I have suffered racism: the stuff in the schoolyard was perhaps the worst, but not to a debilitating degree. Still I was damaged as I had absorbed society's attitudes. I couldn't help it, they were all pervasive, and that's what a culture is, a set of learnt attitudes which the majority agrees upon as the right set of beliefs and behaviour. However the attitudes I absorbed were directed against me, so I had a set of values running inside me that made me hate myself because of the way I looked. It's called internalised racism.

And it wasn't just race as I'm gay as well, but I was lucky to be around in the early '70s when gay liberation came to Australia. The gay movement politicised me, and not just because I attended demonstrations. I decided to be visible and to present myself publicly as a queer person. Cultural attitudes take a long time to change and I still detect certain levels of discomfort when some people find I'm playing for a different team.

I didn't really come out as Chinese until 12 years after I came out as a gay man. Let's put it this way, my ethnicity was suppressed in the same way as my sexuality, but it took me longer to recognise suppressed ethnicity. When I finally realised my Chineseness had been denied and unacknowledged, I embraced it. I researched my family history as well as the history of the Chinese in Australia and I've been back to China.

In the late '80s I worked as a documentary/art photographer and began doing performance pieces in the theatre - talking with images projected on a big screen behind me. I called the works monologues with slide projection and music. I began telling autobiographic stories, some of them Chinese stories about my family, some about the gay community. I felt I had found my voice and a subject I wanted to talk about.

Over the past three years I have been converting some of these performance pieces into DVDs at the University of NSW. ABC TV will broadcast one of them, William Yang: My Generation, about the artistic community in Sydney during the '70s and '80s. That story includes famous characters such as Patrick White, Martin Sharp, Brett Whiteley, Margaret Fink, Jim Sharman, Peter Tully, Jenny Kee and Linda Jackson. We are finding it harder to place the other two DVDs, Friends of Dorothy about the gay community in Sydney and Blood Links about my Chinese Australian family.

Still, culturally, in the past 40 years that I have been a practising artist, Australia has grown hugely. I think the arts scene is healthy but I would like to see more cultural diversity and the arts, in general, more recognised.

William Yang is a Sydney-based photographer and Visiting Research Fellow in the School of the Arts and Media, UNSW. His film William Yang: My Generation screened at the Sydney Film Festival.