Before making a policy decision, the Turnbull government must understand the full social and economic impact of cutting penalty rates, writes Lyn Craig. 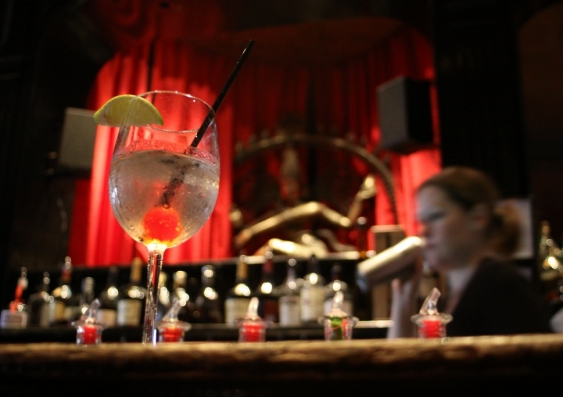 Bar workers are among those who would be most affected if penalty rates were cut. Photo credit: Chris Goldberg, Flickr

OPINION: Prime Minister Malcolm Turnbull has declared he won't be answering rule-in, rule-out questions. It's a good move. Decisions our politicians have made on the run as defensive sound bites have produced too many half-baked and ineffective policies.

Take penalty rates. Before the Productivity Commission has even produced its final report on workplace relations, the manoeuvring has already started on both sides. While unionists demonstrate and threaten to resurrect the WorkChoices campaign, employer groups are crying poor over the wages they have to pay workers on weekends, especially Sundays, and claiming that a cut to penalty rates would boost jobs.

The government should not rush into a decision based solely on sound-bite arguments about money versus jobs. Penalty rates are about more than money and jobs – important though those are. They are a recognition that non-standard work hours force people to miss out on an essential aspect of normal life: time with family, with children, with older relatives and friends – the contact with others through which a community and a society are created.

Employers argue that people should be able to make up during weekdays for what they have lost working on Saturday or Sunday. The fact is, they don't. My research with colleagues into the effect of non-standard work hours shows that people who work on weekends – and particularly on Sundays – not only spend less time with family and friends, but are unable to make up that time on days they are not working. It's not hard to see why: most other people are at work.

The Productivity Commission's draft report recommends eliminating the difference between weekend penalty rates (workers are currently paid more for working on Sundays). But our research finds that for workers there is a distinct difference between Saturday and Sunday. Saturday is more for sport and weekly shopping, but Sunday, even though people might not go to church as much as in the past, is still regarded as the day of rest – a family day.

There is another point here. The Productivity Commission's draft report suggested that not all penalty rates were equal: those paid to workers in essential services – nurses, firefighters, police – might be justified, while those paid to workers in cafes, bars and shops were in a different category. This is unfortunate. Those workers are already vulnerable: unlike essential services staff, their jobs are rarely full-time. The workers also tend to be younger and still studying. The idea seems to be that because they are young, they are more flexible. Yet, they are flexible because penalty rates allow them to fit work in with study. If they must work longer hours to earn the same income, flexibility disappears.

This prejudice – which is what it amounts to – has several consequences. It assumes young people live with their parents, because unlike other (that is, full-time) employees, how can they afford to live independently? Not all do. Also, by thinking this way we are, perhaps without deciding to or intending to, postponing the independent adulthood of a whole generation and making their transition to full engagement with the community more difficult. Young people are leaving home later, forming permanent relationships later, having children later. By trapping our young people in dependency, we force them into social and financial immaturity.

The biennial Australian Social Policy Conference begins on Monday at UNSW. On Wednesday, Professor Guy Standing will give a lecture in which he argues that the market-based policies implemented in times of austerity, and in the name of efficiency, have eroded the rights of a growing class of people, who lead increasingly insecure, precarious lives. The emergence of this group – dubbed the "precariat" – is evidence that the social solidarity and connectedness that we in developed countries once took for granted are now in peril.

The campaign against penalty rates, which is one part of a wider trend to break down the traditional rhythm of the working week in favour of an always-open, 24/7 economy, is an example of precisely the erosion of rights – and with them, of social connectedness – to which he refers.

The efficiencies we gain from cutting penalty rates will be slight; the sense of community and belonging that we lose by the unthinking erosion of the working conditions that sustain it will impoverish us profoundly.

That is why, before the Turnbull government makes its decision on penalty rates, it should insist on a full debate and consider all sides of the question – not just assume a simplistic tradeoff between pay and jobs.

If it does, it will find there are sound reasons why any weakening of the provisions that exist today would be bad for workers, bad for their families, bad for our society – and bad, therefore, for businesses and our economy.

Professor Lyn Craig is director of the Social Policy Research Centre at UNSW. She will be presenting at the Australian Social Policy Conference this week.

ASPC: Social policy conference at UNSW concludes with a focus on children