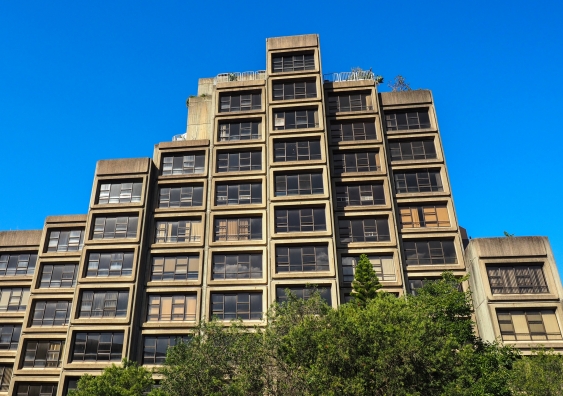 The NSW Government has sold thousands of public housing dwellings since it came to office.

Public housing tenants in Millers Point and the Sirius building in Sydney have had their communities destroyed by NSW Government policies that foster "administrative evil", a leading researcher in public policy says.

Recent sales of public housing in Millers Point and The Rocks in inner Sydney ignore the human costs of displacing tenants and create a physical and social divide between poorer and wealthier households, Professor Alan Morris has told the Australian Social Policy Conference at UNSW Sydney.

The biennial conference, hosted by UNSW's Social Policy Research Centre and running until Wednesday, brings together over 300 leading national and international researchers, practitioners and policy makers with a view to influencing debate and practice.

Morris, from the UTS Institute for Public Policy and Governance, says the Government’s policy is driven by financial considerations that dehumanise tenants, and lead to so-called "administrative evil".

The blanket forced displacement of public housing tenants from Millers Point and from the Sirius apartment complex in The Rocks represents a new wave of gentrification, he says.

Tenants in the city’s massive Waterloo public housing complex, which the NSW Government has targeted for redevelopment, fear the same will happen to them, he says.

“If you scrutinise the Government’s media campaign to convince the public the Millers Point displacement was legitimate and fair, it is clear its justifications were all contestable, and obscure an approach driven by a deep neoliberal perspective,” he says.

The Government has sold thousands of properties including schools and public housing dwellings since it came to office in 2011, according to Government budget estimates.

Morris’s research draws on interviews with public housing tenants still living in the area and tenants who have moved. Many of them spoke about being treated like “commodities” and asked why the building of public housing was dependent on the sale of existing housing in inner Sydney rather than on general revenue.

“This question becomes more pertinent in light of the NSW Government having a budget surplus of $3.4 billion in 2015–2016,” he says.

Information on the conference and the full program is available here.

ASPC: Social policy conference at UNSW concludes with a focus on children