Opinion Asylum deal could be solution to many Malaysian shortcomings

After the latest boat disaster, the coalition and the Greens must rethink their position, writes Clive Kessler. 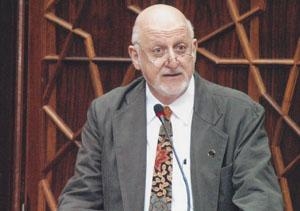 OPINION: After the latest boat disaster, the coalition and the Greens must rethink their position.

Responsibility is widely shared: by refugees themselves who risked this recourse, and the people smugglers; by the Indonesian government, which prefers to see overloaded, unseaworthy boats head south and reach, as soon as possible, some place on the open seas where they will effectively become Australia's responsibility, not their own. For all their talk about "Islamic solidarity", the Indonesian and Malaysian governments prefer to see themselves, and to serve, as transit points for Muslim refugees from Iraq, Iran, Afghanistan and Burma.

And then, also on the responsibility list, comes Australia. Perhaps all, or most, or many of us. Those to whom our populist politicians defer, whom they wish to placate. But especially upon those politicians who seek to mobilise fear and resentment, and to ride to power inflaming them further.

At the head of the list come those who have obstructed all progress towards implementation of the "Malaysian solution". That means especially Tony Abbott and his spokesman on immigration, the "hard man" in this awful passion play, and also the holier-than-thou Greens.

Wrapping themselves in the mantle of all virtue, the Greens have opposed the ''Malaysian solution'' on the grounds that Malaysia is not a paragon of human rights practice. That it fails to measure up to ideal standards. Standards by which even Australia itself must be deemed a failure.

A set of arrangements has been negotiated by Australia with the Malaysian government. These arrangements are not perfect, neither is Malaysia. But they are workable. So why resist implementing them?

Abbott's reasons and strategy are clear. On immigration, as on all other matters, he wants, by a chosen strategy of finely targeted obstructionism to all government initiatives (in other words, of "maximum possible mischief-making"), to make the country ungovernable. That is half of his strategy. The other half is then to spend the rest of his time jeering that the government is demonstrably hopeless, that it simply cannot govern. Whose doing is that? Abbott is on a sure winner.

But at least his strategy makes sense for him. Less fathomable are the Greens and the other human rights purists who will not have a bar of the ''Malaysian solution" because of Malaysia's defects and shortcomings.

Having spent a scholarly life, over half a century, studying Malaysian society, culture and politics, I know those shortcomings far better than most. Even so, there is a good case to be made for the ''Malaysian solution''.

It provides the most workable, humane, long-term sustainable approach now on offer. It is a policy that stands somewhere between saying no to everybody and yes to everybody who shows up here.

The Malaysian plan would effectively recognise the international nature of a problem - of a cynical exercise in which Australia stands at the end of the line of a game of pass the "hot potato" - and would regionalise the practicalities of its handling and management.

If we here in Australia could agree to the ''Malaysian solution" we would "cut the link" enabling people to get in touch with a "pilgrimage to Australia" agent somewhere in Asia and then directly claim Australian residence rights and citizenship. That, of course, has been the government's argument.

But more than that, there would soon develop two classes of asylum-seekers in Malaysia: those who came under the enhanced, if imperfect, human rights provisions and protections of the scheme, and the many other refugees there who do not.

Malaysia could not long sustain two different human rights policies, or management regimens, towards two different classes or categories of refugees in their own country.

Implementation of the ''Malaysian solution" would soon put enormous pressure on Malaysia to treat all refugees there in the same, more "enlightened" way, in accordance with the basic requirements of international human rights law and practice. Beyond that, this liberalising momentum would, in turn, further increase humane pressures on Malaysia to act in general in accordance with international human rights law and practice, not simply in refugee and immigration matters.

Those who are eager to see Malaysia align itself in closer conformity with international human rights principles and standards may have here exactly the instrument that their otherwise impotent rhetoric needs.

These last 100 souls must tell us, if those who have died at sea before them have failed, that the time for partisan political "haymaking" on this issue is over.

Clive Kessler is an Emeritus Professer at UNSW, and is an internationally recognised expert on Malaysian culture, society, history and politics.

Why should we care about lives lost at sea?

Islamophobia as a moral bludgeon